The Pokémon Company International announced on Tuesday that the online animated series set in the Hisui region, based on the Pokémon Legends: Arceus game, will be titled Pokémon: Hisuian Snow. The three-episode anime by Wit Studio will premiere on May 18 on the official Pokémon YouTube channel and the Pokémon TV app. The company unveiled a visual:

Ken Yamamoto (Princess Connect! Re:Dive) is directing the anime at Wit Studio. Taku Kishimoto (Fruits Basket, Haikyu!!) is the screenwriter. KURO is designing the characters. Ayaka Nakamura (Attack on Titan, Keep Your Hands Off Eizouken!) is handling the color design. Yūji Kaneko (Little Witch Academia) is the art director. Takeru Yokoi (The Girl from the Other Side: Siúil, a Rún) is the director of photography. Akari Saitō (Spy×Family) is the offline editor. Masafumi Mima (Attack on Titan, Cardcaptor Sakura) is the sound director. Conisch (Hetalia The Beautiful World) is composing the music. 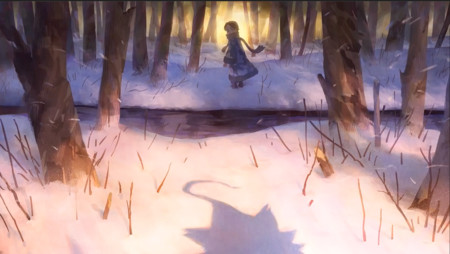 The game takes place in the Hisui region, the past version of the Sinnoh region from the Pokémon Diamond and Pokémon Pearl games. Players join the Galaxy Expedition Team’s Survey Corps in Jubilife Village to embark on survey outings and research Pokémon. Players can ride Pokémon and craft items, but are vulnerable to Pokémon attacks while out in the field. The game also features photography and trainer customization.

Pokémon can be captured by throwing Pokéballs. However, some Pokémon may flee or try to attack. Pokémon battles feature an action order combat system, in which the order a Pokémon attacks depends on its speed stat and moves. Pokémon can use moves in two different styles: strong style, which favors power over speed; and agile style, which prioritizes fast turns over strength.