The official website for the television anime of AQUAPLUS‘ Utawarerumono: Mask of Truth (Utawarerumono: Futari no Hakuoro) game posted the anime’s first promotional video and main visual on Tuesday. The video reveals the anime’s cast and episode count. The site also unveiled a new visual and the anime’s theme song artist.

The anime will have 28 episodes, with the first and second episodes premiering together. The anime premieres in July in Japan. Crunchyroll will stream the anime as it airs in Japan. 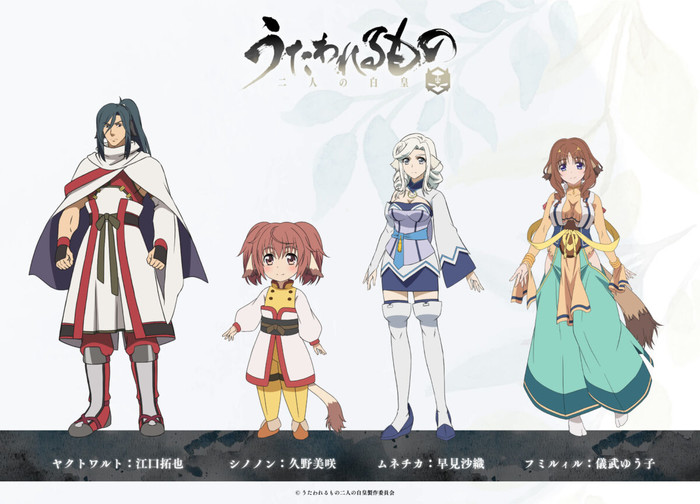 Yuko Gibu joins the anime’s cast as the characer Fumirul (rightmost in image above), reprising her role from the game. Also shown above are returning characters (left to right) Yakutowaruto (Takuya Eguchi), Shinonon (Misaki Kuno), and Munechika (Saori Hayami). 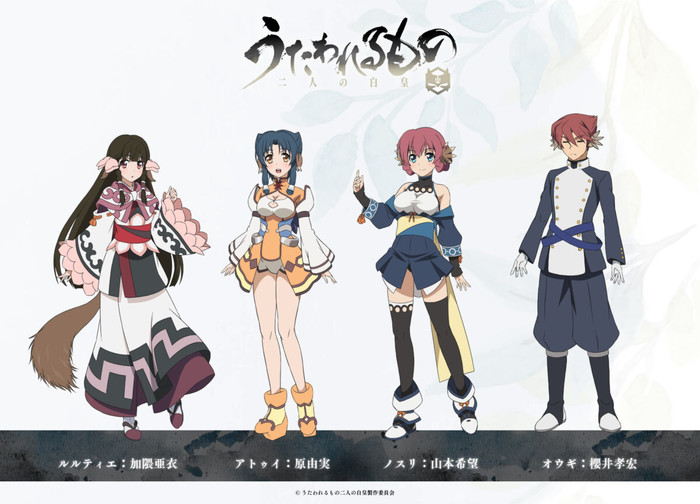 (Left to right in image above): Ai Kakuma as Rurutie, Yumi Hara as Atui, Nozomi Yamamoto as Nosuri, Takahiro Sakurai as Ougi 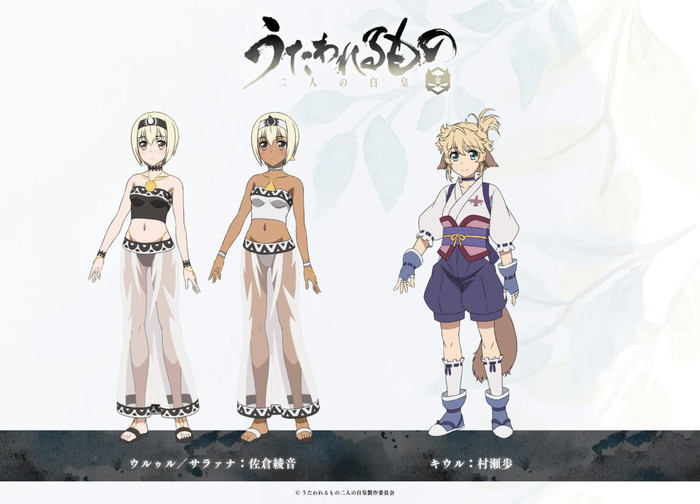 (Left to right in image above): Ayane Sakura as Uruuru and Saraana, Ayumu Murase as Kiuru 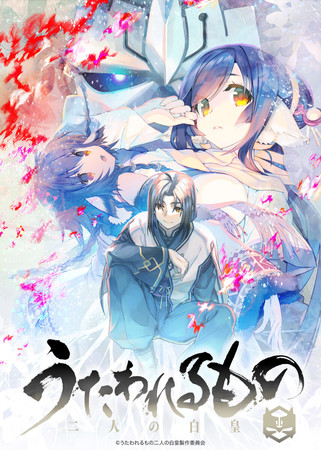 Utawarerumono: Mask of Truth is the last game in the Utawarerumono trilogy. Atlus describes the story:

Chaos has taken hold of the land in Mask of Truth as a conniving general has unlawfully seized the throne of the mighty Yamato Empire. The only ones that stand in his way are a couple of familiar faces who must rally different kingdoms together and fight against the powerful Imperial army. An 80+ hours long visual novel/SRPG experience awaits as you’ll get close with a new cast of colorful characters, fight in numerous exciting engagements with an enhanced battle system, explore intriguing new lands, and more.

AQUAPLUS is developing a new game Monochrome Moebius: Toki no Taika to celebrate the 20th anniversary of its Utawarerumono franchise. The game will launch in 2022.