The official website for Shogakukan‘s anime film of Mei Hachimoku and Kukka‘s The Tunnel to Summer, the Exit of Goodbye (Natsu e no Tunnel, Sayonara no Deguchi) young-adults novel posted a teaser trailer and teaser poster for the film on Wednesday. The teaser reveals more of the film’s staff and its September 9 opening date. 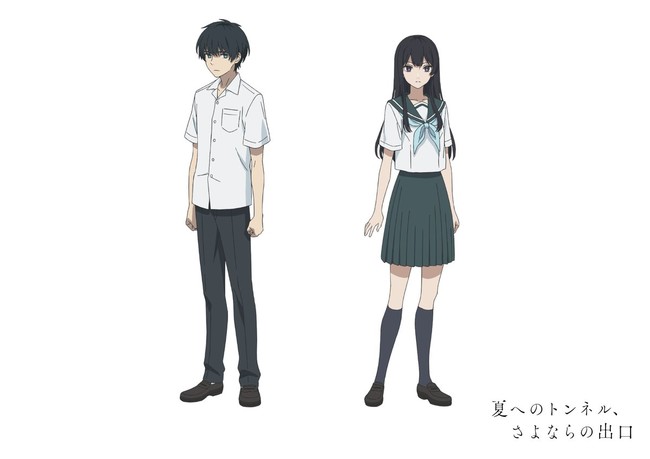 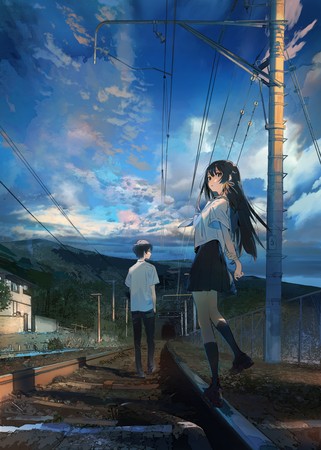 Seven Seas Entertainment has licensed both the original light novel and the manga adaptation, and it describes the story:

Tono Kaoru heard a rumor: The laws of space and time mean nothing to the Urashima Tunnel. If you find it, walk through and you’ll find your heart’s desire on the other side…in exchange for years of your own life. On the night Kaoru just so happens to find himself standing in front of a tunnel that looks suspiciously like the one the rumor describes, he finds himself thinking of Karen, the sister he lost in an accident five years ago. To Kaoru’s surprise, he’s been followed by the new transfer student Anzu Hanaki, who promises to help him experiment with the mysterious tunnel–but what does she want from Kaoru in exchange? And what will he have left to give, after the tunnel’s done with him?

Hachimoku released the original light novel in July 2019, with illustrations by Kukka. The novel was ranked #9 in the bunkobon category of 2020 edition of Takarajimasha‘s Kono Light Novel ga Sugoi! (This Light Novel Is Amazing!) guidebook.

Koudon launched the manga in Shogakukan‘s Sunday GX magazine in July 2020, and ended it in November. The manga serialized both on Shogakukan‘s Manga ONE app and in Sunday GX. The fourth and final volume shipped on December 17.

Seven Seas will publish the novel on May 10, and the first volume of the manga on July 26.

Sources: The Tunnel to Summer, the Exit of Goodbye anime’s website, Comic Natalie