Imagine you’re an overpowered devil who wants to conquer a different region but you get isekai’d through a multi-dimensional gate. YES! Our MC gets transported to the human world when the Hero, Emilia, forces him through a gate that transports him to modern-day Tokyo. She also ends up following him to Tokyo out of curiosity. Then, she gets employed and somehow fate brings the two of the demons together in this world.

The devil named Satan Jacob in his world wished to conquer Ente Isla but he was disturbed by the Hero, Emilia. He was once the devil king who waged war. Anyways, in another world, he was known as Sadao Maou and he worked as a part-timer in MgRonald’s. Doesn’t that sound funny? I’m sure you want to watch this comedy-isekai anime. Let’s dig into its filler list right now!

The Devil is a Part-Timer Filler Guide

The Devil is a Part-Timer Filler Table

The story of “The Devil is a Part-Timer” begins with Satan Jacob wanting to conquer Ente Isla but he gets disturbed by the Hero, Emilia, who opens a multidimensional gate for him. It results in him getting transported to modern-day Tokyo! Now how odd does it sound when you think about a devil entering the human world?

To survive in such a world and to find his way back, he decided to go by the name Sadao Maou. In fact, he started working as a part-timer at a parody McDonald’s called MgRonald’s. I swear to god, this name is so funny! But that’s not a fake McDonald’s, it’s an original version in the anime.

It wasn’t only Satan who got transported to the human world but Alciel was also with him. Their satanic forms changed into ordinary human forms. In order to survive in the human world, our MC had to do some sort of part-time job while Alciel was his houseman. 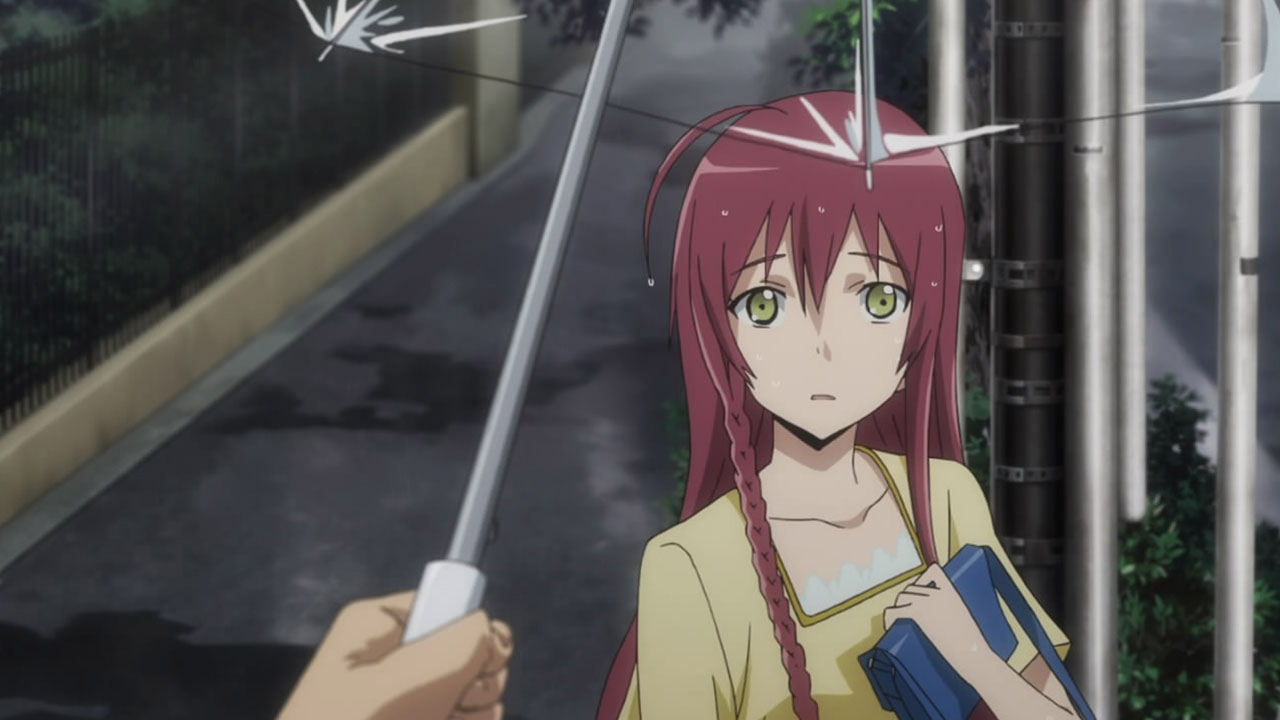 One strange day, Sadao meets a girl in this world who looks somewhat like Emilia with the name Emi Yusa. That’s when the story unravels and the personalities of each character get explored as well. Many more characters show up in this world and they face many dilemmas too.

Imagine all the devils and other such beings from another world transported into the normal world and their identities change on Earth. Wouldn’t that be amazing? Well, I won’t spoil anything for you guys and if you guys find the plot interesting, you better start watching it. C’mon, it’s like only 13 episodes! Expert otakus can finish it in a single seating. Since you aren’t really familiar with the characters, let me tell you about some of the main characters!

There are many interesting characters in this anime, and all of them have unique characteristics and powers. Their personality traits might also help them in this world. So, if you want to learn about their traits, scroll a bit down to find out!

Here are some of the main characters of The Devil is a Part-Timer: 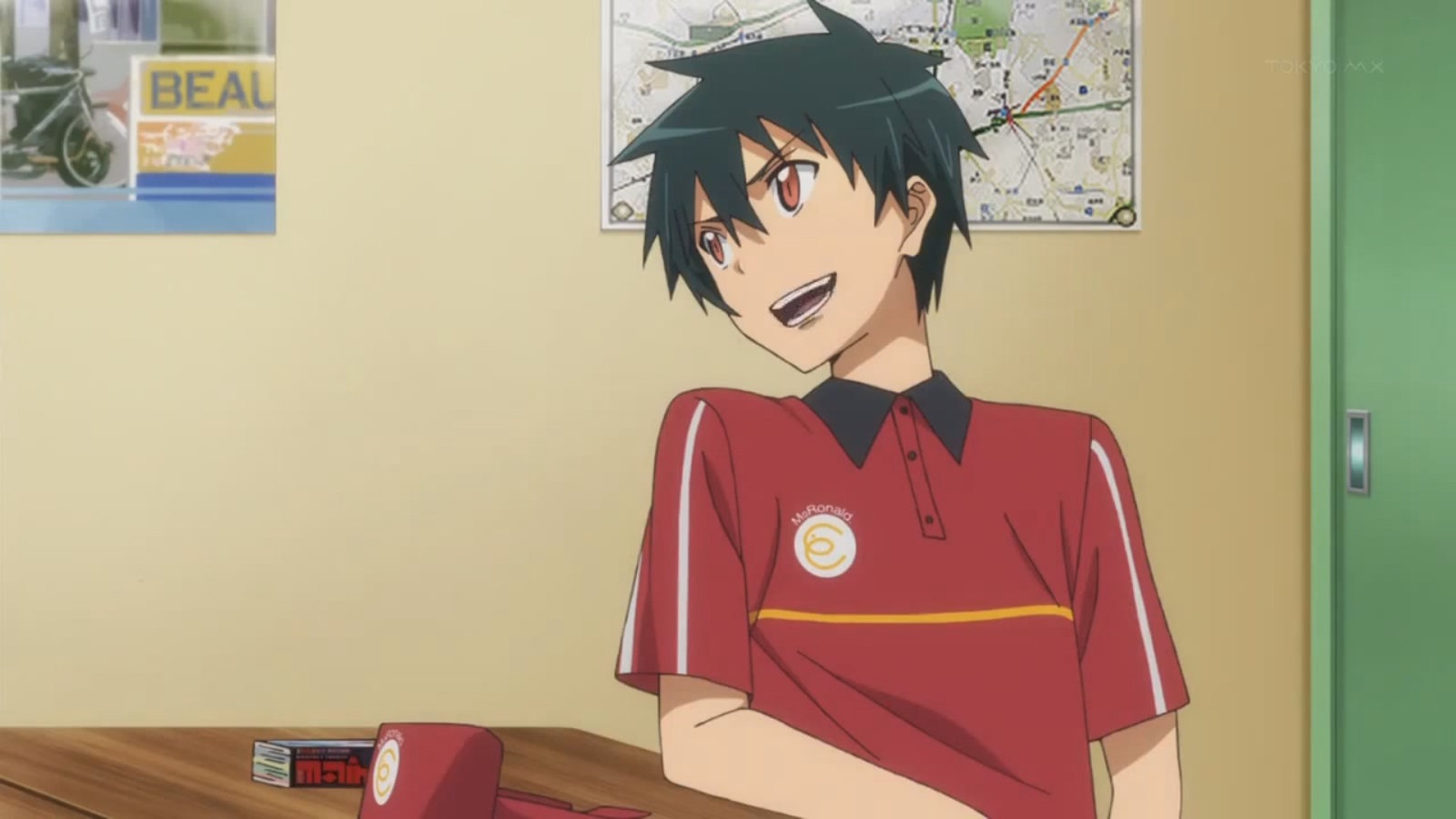 Satan Jacob, also known as Sadao Maou in another world, used to be a demon lord belonging to Ente Isla. Some circumstances like the Hero, Emilia, opening the multi-dimensional gate forced him to transfer into modern-day Tokyo where he was in his human form without any powers.

In order to survive in such a world, he had to earn money. Therefore, he decided to work as a part-timer at MgRonald’s which is, of course, the parody of McDonald’s. In his human form, he’s kind, gentle, and thoughtful.

He does his best to help others around him and he’s seen as quite optimistic. His main goal on Earth is to save a huge amount of money and to be called wealthy. Things take a turn when people from Ente Isla start transporting into this world. Emi Yusa is also known as Emilia from Ente Isla. She’s the one who forced Satan to travel to another world. She lost all her powers when she transferred to modern-day Japan. Now, she works at a call center. Isn’t this concept insane? HAHA. Anyways, when it comes to her personality, she’s strongly determined with endless willpower. She does have admirable qualities like a pure heart and bravery.

Emilia is definitely one of the strongest characters in the series. She defeated the demon lord! Even though she forced him to retreat to modern-day Tokyo, she followed him there as well. As a result, she got employed by a call center agency. This concept is quite funny. All the demons are now ordinary humans who once defeated monsters and sorted out matters between each other. Will they rely on each other in this world? Shiro Ashiya is also one of the main characters and the general of Satan who got transported into modern-day Tokyo. On Earth, he’s the housekeeper of Sadao and does his duties just well. He’s a trusted right hand of Satan/Sadao and he has always been there for him. You can say that he’s a loyal keeper.

Since he was known as the right hand of the demon lord, he was a trusted general and he always dealt with the matters of the demon lord. Even in the present world, he looks after Sadao Maou’s home and takes care of his things. 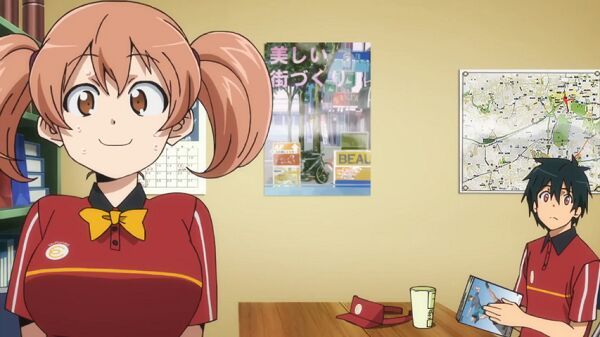 I know you guys didn’t find any fillers in this anime. Isn’t that good news though? Now you can watch all of the episodes in one sitting easily. So, the intriguing storyline, the overpowered yet powerless characters, and MgRonald’s must have blown your mind. If you want to know everything about this anime, you need to watch it!