Update on May 9, 2022: This year’s 23rd issue of Shogakukan‘s Weekly Big Comic Spirits magazine revealed on May 9 that Shin Takahashi‘s Ekiden Danshi Project manga will launch in the magazine’s 24th issue on May 16. The magazine’s website has also posted a preview image for the manga.

ANN’s original article from December 2021 is below. 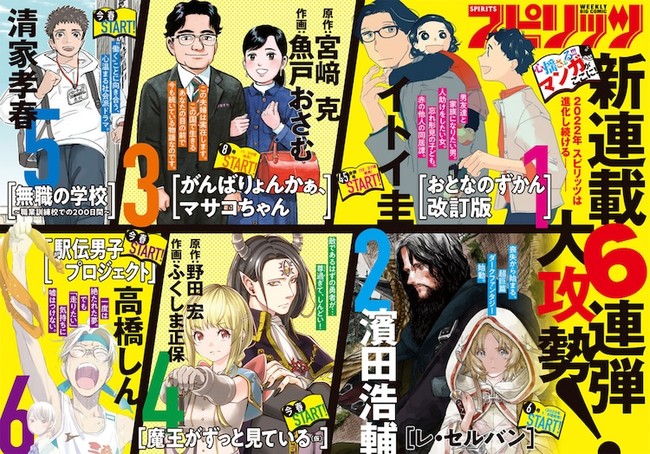 Hiroshi Noda is the original storywriter for the ongoing Love After World Domination manga, which is inspiring a television anime adaptation that will premiere in 2022. Kodansha Comics is publishing the manga in English.

Shin Takahashi had stated in 2018 that he would launch a manga about the university ekiden race in 2019. Viz Media released Takahashi’s Saikano manga in North America. The series inspired a television anime, original video anime, and live-action film.