Seven Seas announced on Wednesday that it has licensed the World’s Fastest Level Up! light novel series, as well as the My Sister, The Cat, No Longer Human…In Another World, The Knight Blooms Behind Castle Walls, and Gap Papa: Daddy at Work and at Home manga.

Seven Seas will release the first volume of Nagato Yamata and fame’s World’s Fastest Level Up! light novel series physically and early digitally in November. The company describes the story:

It has been twenty years since dungeons began appearing all across the world, an incident that coincided with humanity receiving supernatural abilities–all of which transformed everyday life into a living RPG. Amane Rin is one of countless people plundering dungeons with the dream of getting rich quick with his unique skill. Rin is far from capable, though, and is quickly written off as a weak adventurer. However, one day, his skill evolves, taking a new form that allows Rin to break the dungeon system and level up at warp speed! Will this new power make him the strongest adventurer in the world? 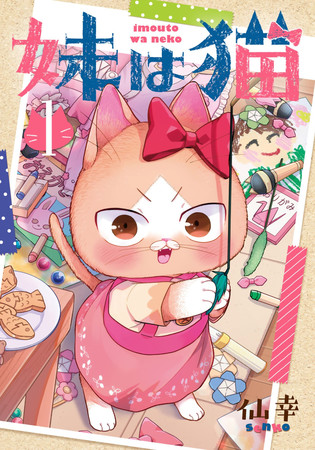 Seven Seas will release the first volume of senko’s My Sister, The Cat manga physically and digitally in January 2023. The company describes the story:

After losing his mother at a young age, Nekota is taken in by family friends…who happen to be a couple of human-sized walking, talking cats. Not only do his new parents have paws, tails, and furry pointed ears, but now he also has an adorable little sister, Neneko-chan! As a high schooler, he’s integrated well into their household, and his precocious adoptive sister has fully accepted him as her big brother. Whether she’s showing him things she brought home from elementary school, purrsistently asking him to play with her mouse toy, or waking him up at the same early hour every morning for breakfast, life with this charming feline family is never dull! 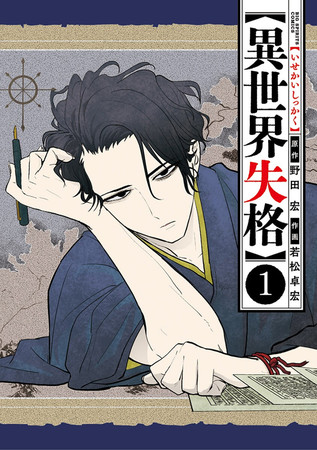 Seven Seas will release the first volume of Hiroshi Noda and Takahiro Wakamatsu‘s No Longer Human…In Another World manga physically and digitally in October. The company describes the story:

An adventure in another world with cute girls by your side and video game-like powers–sounds like an anime fan’s dream, right? Not so for melancholic author Osamu Dazai, who would quite literally prefer to drop dead. Video games haven’t even been invented yet when he gets yanked into another world in 1948. Really, all the fantastical adventure he keeps running into is just getting in the way of his poetic dream of finding the perfect place to die. But no matter how much he risks his hide, everything seems to keep turning out okay. Follow a miserable hero like no other in this cheerfully bleak isekai comedy! 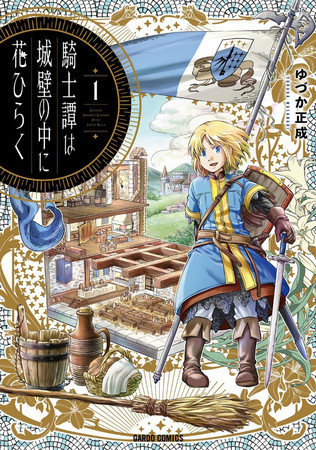 Seven Seas will release the first volume of Masanari Yuduka’s The Knight Blooms Behind Castle Walls manga physically and digitally in January 2023. The company describes the story:

Rosa dreams of taking up arms and protecting the people as a courageous knight! But in order to achieve this, she must first become a squire, and those duties around the castle are much less glorious. One moment she’s caring for horses in the stable, the next she’s chopping a huge pile of firewood or battling a mountain of laundry–and, of course, she must also be ever-ready to assist the knight she serves! Though her tasks in this role may seem mundane, all are important steps on her journey to becoming a knight worthy of legend. Rosa will face every challenge with the heart of a hero! 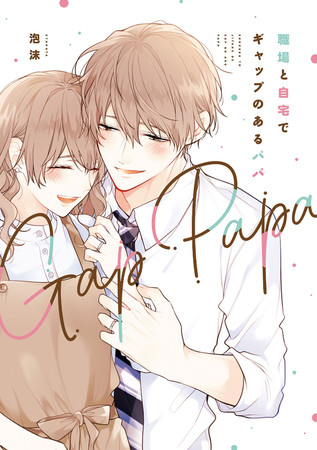 Seven Seas will release the first volume of Utakata’s Gap Papa: Daddy at Work and at Home manga physically and digitally in February 2023. The company describes the story:

His colleagues at work see him as handsome, cool, and distant…but the moment he’s back home, this frosty-looking salaryman shows his true colors as a doting father and husband. Playing silly games with his young daughter, showering kisses on his beloved wife–what a gap between his appearance and behavior! This sweet, full-color manga about a wholesome family is sure to warm your heart.

The manga will be in full-color.