Also: Let’s Buy the Land and Cultivate It in a Different World

Seven Seas announced on Wednesday that it has licensed the Anti-Romance, Night of the Living Cat, Let’s Buy the Land and Cultivate It in a Different World, and Malevolent Spirits: Mononogatari manga.

Seven Seas will publish the first volume of Shoko Hidaka‘s Anti-Romance manga physically and digitally in September 2022. The physical version will be a “special edition.” The company describes the story:

Suou and Ryou have been friends since childhood. The hairstylist and writer have lived together for six years now and, though they definitely aren’t dating, their close relationship is hard to define. Will they ever move beyond the nebulous territory of “more than friends” or will they keep living in a stalemate forever? Seven Seas‘ print version of Volume 1 will be a Special Edition with an extra art gallery of color pages, originally released as a separate booklet in Japan! 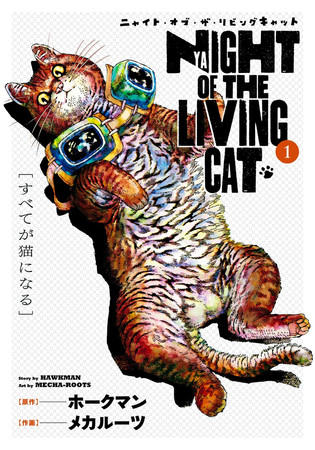 Seven Seas will publish the first volume of Hawkman and Mecha-Roots’ Night of the Living Cat manga physically and digitally in September. The company describes the story:

In the near future, a unique disease has swept across the planet: a virus that transforms humans into cats! And the horde is expanding, since if these adorable kitties snuggle with a human, the human is transformed into yet another cat. A small group of cat-loving survivors is trying to escape the madness, but how can you defend yourself against a threat you just want to cuddle and pet?! This wild new take on a post-apocalyptic survival tale will make you roll over and purr with delight!

The manga debuted in Mag Garden‘s Comic Garden in 2020. The manga’s second compiled book volume shipped in Japan on February 22. 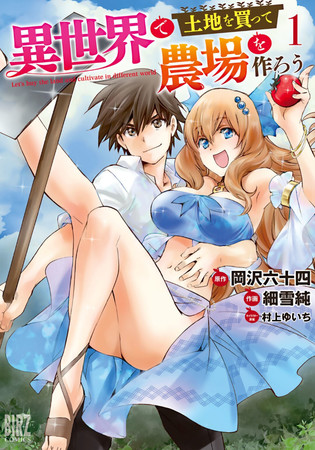 Seven Seas will publish Rokujūyon Okazawa, Jun Sasameyuki, and Yuichi Murakami’s Let’s Buy the Land and Cultivate It in a Different World manga physically and digitally in November. The company describes the story:

Norio, a corporate drone in modern Japan, is summoned to a fantasy world to fight evil! But it turns out that the magical ability he got doesn’t work?! Thankfully, he has a plan B. Ask for a plot of land to cultivate a farm! To his surprise, that supposedly useless magic ability turbo charges his tools, allowing him to craft with wood like a master and plant vast fields of crops. After fishing up a mermaid wife, charming a lich, and tempting a young dragon over to his side with home cooking, there’s nothing our hero can’t do! 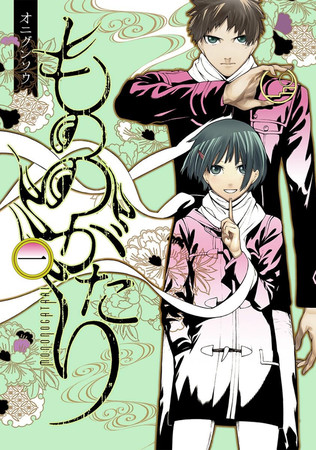 Seven Seas will publish the first volume of Onigunsō‘s Malevolent Spirits: Mononogatari manga physically and digitally in January 2023. The company describes the story:

When spirits cross over into the human world, they can possess old objects and gain a physical form: a tsukumogami. Tsukumogami can be gentle, violent, or somewhere in-between, so the Saenome clan peacefully helps send them back to the spirit world to avoid destruction.

Kunato Hyouma is a member of the clan, but is…less than peaceful, since he holds a grudge from when a tsukumogami robbed him of something important. Afraid that Hyouma’s brash anger in dealing with these spirits will lead to supernatural catastrophes, Hyouma’s grandfather sends him to live in Kyoto with Nagatsuki Botan, an unusual young woman who actually lives with tsukumogami like family! Can Hyouma learn to control his emotions when dealing with tsukumogami, or is his own spirit doomed to be possessed with rage forever?

Onigunsō launched the manga in Shueisha‘s Miracle Jump magazine in April 2014, and the manga switched to Ultra Jump in January 2016. Shueisha published the manga’s 13th compiled book volume on November 19, and it will publish the 14th volume on May 18. The manga also runs on Shueisha‘s Shonen Jump+ website.

The manga is getting a television anime.