It has been over two years since My Hero Academia landed a spot as the first manga to crack the top three in the New York Time’s best-selling graphic books list. Since then, manga has continued holding its place among the top of the list – with My Hero Academia, Jujutsu Kaisen, and Chainsaw Man all landing the top 2 throughout 2021. As for what’s next, leaders in the industry are predicting that manga’s popularity is here to stay throughout 2022 and beyond.

Growing up in the United Kingdom, Kae Winters remembers struggling to find any manga at all. Winters, who is the marketing associate at Tokyopop, has witnessed the English language manga industry boom.

Winters was just a fan of manga when she noticed its popularity began to increase outside of Japan in the late 2000s. For the current boom, she gets to see it from within the industry. “It’s wild to see it from the industry side this time. Manga sales in general have gone up across the board,” she said.

Grand View Research, a global market research publishing and consultant firm based out of San Francisco, predicts that the anime market as a whole will double in size from 2020 to 2028. The report said that the growth in manga particularly has urged more young people to go into the field – meaning the market will continue to be popular for years to come.

Winters is happy to see the manga market’s recent expansion. “It’s exciting to see the comic industry as a whole really embracing manga,” she said. 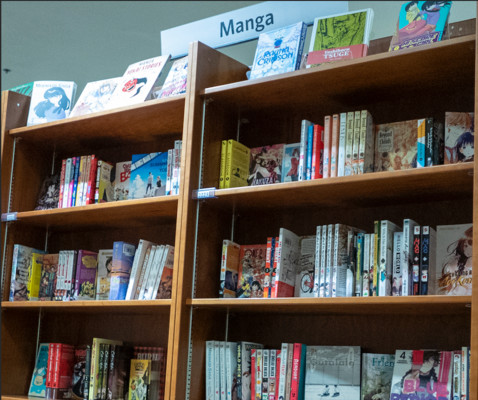 Interest for manga grew during COVID-19 in part due to the increase in new anime on streaming sites such as Funimation and Crunchyroll. The increase in streaming availability paired with more people cooped up at home meant that a lot of people began watching anime and reading manga.

2020 was the first year that the global anime market accounted for more than the Japanese market. Manga plays a big part in this industry, seeing that most anime begin as manga or light novels.

A 2021 ICv2 report stated that manga giant Viz Media saw a 70% growth in the 2020 U.S. market. The United States also saw a 43% increase in overall manga sales in 2020. In a more recent ICv2 report from February of this year, Kevin Hamric, vice president of publishing sales at Viz, mentioned that 25% of the book market for the U.S was accounted for by manga in 2021. For this year, Hamric said in the report that the manga market is still growing, but slightly slower. 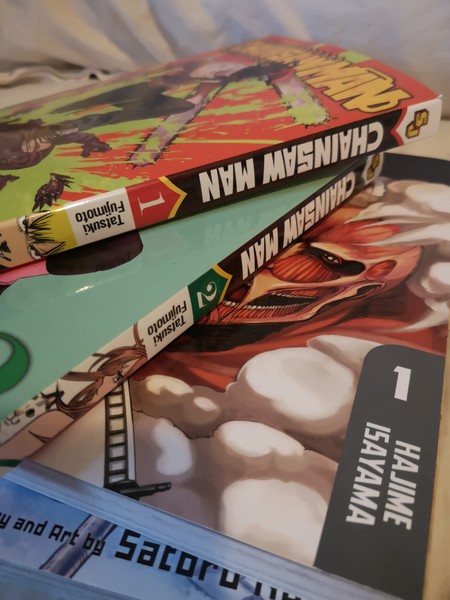 COVID isolation is not the only factor contributing to manga’s growth in popularity, however. Many fans are simply choosing manga over comics produced by companies such as Marvel and DC. This could be for a variety of reasons. Manga is written by one author, as opposed to a company, which allows for more creativity and flexibility, a more consistent art style, and often bolder topics. The internet has also increased manga’s popularity, with the availability of reading content online and the accessibility of online forums for fans to discuss their favorite series.

The subreddit r/MangaCollectors grew from around 11,000 members in January of 2020 to over 1 million in March 2022. Many users in the subreddit began collecting during COVID-19. “Just looking at the jump in membership in this subreddit between when I joined in late December last year and now… it does seem like there’s been a huge surge in interest during the pandemic,” said Shenwei Chang, a manga collector who lives in Massachusetts. They collect manga in multiple languages: Japanese, Mandarin Chinese, and English, owning over 250 volumes in total.

Yen Press, based in New York City, was impacted by this surge in interest. “A large contribution to the lack of manga inventory was the fact that we were all caught off guard by the explosive demand in addition to dealing with the supply chain issues,” said Mark DeVera, director of sales and marketing at Yen Press. According to DeVera, this is exacerbated by COVID-19, as printers had to grapple with reduced capacity and the occasional emergency closure.

Supply issues blew up the industry in 2021, as evidenced by the surge of articles popping all over the internet such as ICv2’s “The Great Manga Shortage of 2021,” and Bleeding Cool’s “The Manga Drought of 2021 is Hitting”.

Tokyopop is still recovering as well. “With social distancing, employees out sick and other limitations, we’ve had to grab print slots where we could, or sometimes swap out a reprint for a first print run to make sure we get books on shelves,” said Winters. “The entire publishing supply chain has taken a hit, though thankfully our printer has survived so far and fans have been really understanding about delays.” 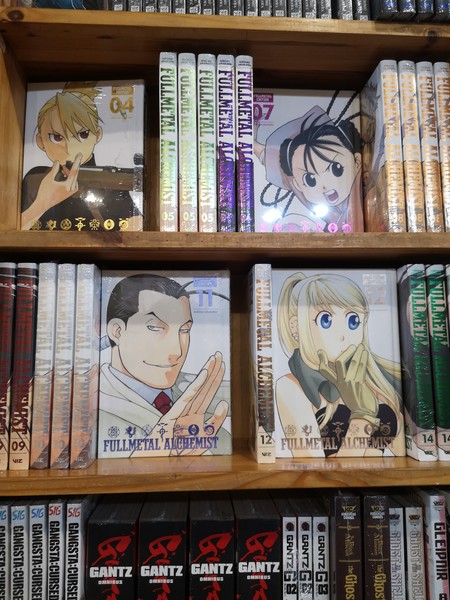 Since 2021, Yen Press and other North American publishers have adjusted to the demand. DeVera said that once it became clear that the popularity of manga was here to stay, they were able to increase their print run quantities. “I’m happy to say that while the turnaround time for book printing is longer than we’d like, it is much easier for fans to purchase our books now than it was through much of 2021,” he said.

Ben Applegate thinks that the popularity is here to stay as well. “I don’t think we’re ever going back to 2019 levels,” he said. “Even as the COVID situation improves worldwide, I would anticipate manga sales stabilizing somewhere in between—probably closer to 2021 levels than 2019 levels.”

2021 was a big year for Kodansha. Applegate noticed an increase in these pressures on the industry that they had already been seeing before COVID-19. He said that sales rose through the holiday season of 2020-2021, and then stabilized in March of 2021. The sales numbers of an average week in 2021 were triple the amount of 2020.

“This is especially remarkable given that 2020 was our best sales year ever,”

Both DeVera and Winters predict that the market will expand across the board, but they are particularly excited about an increase in demand in genres that were less popular in previous years.

“One of my favorite developments in the last year has been seeing previously under-represented types of manga really start to shine. There has been a significant resurgence in interest in shojo and BL titles, for example,” said DeVera.

Winters also said that demand for manga representing the LGBTQ+ community has increased for Tokyopop. “Manga sales in general have gone up across the board, and we’ve seen our LOVE x LOVE romance collection in particular take off in a big way,” said Winters.

Winters said that Tokyopop hopes that the market stays strong and manga continues to become more and more commonplace.

Chang, the manga collector from Massachusetts, hopes that a larger variety of comics can get licensed and translated. “Not only from Japan but also Korea and Taiwan, since those are given less attention than Japanese comics,” they said.

DeVera confirmed that Manhwa will continue to be big for the future of Yen Press. “I anticipate we’ll see more great success with print editions of webcomics. 2021 was a huge year for our print edition of Solo Leveling, and I think that was only the start of what will be the next big category in the world of graphic novels,” he said. 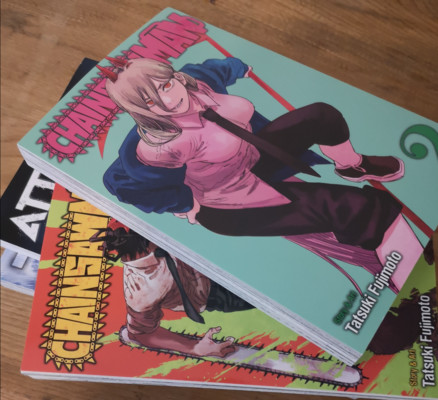 Alongside the excitement for new types of content in the works for publishers, more anime adaptations will likely draw more fans to read manga as well. The top-selling manga Chainsaw Man is set to release an anime later this year, and more anime seasons of other best-sellers like Jujutsu Kaisen and Demon Slayer are in the works. With the new stability of the industry post-COVID-19, fans should face fewer issues getting their hands on the manga if they want to continue the story. It is a promising time for the anime industry, and it is looking like the popularity of manga is not set to die down anytime soon.