The live-streamed Golden Week special for Made in Abyss: Retsujitsu no Ōgonkyō (Made in Abyss: The Golden City of the Scorching Sun), the second television anime season based on Akihito Tsukushi‘s Made in Abyss manga, debuted the season’s second promotional video on Thursday. The special and the new “Rico’s party side” video unveiled new characters and their accompanying cast members. The video also features the season’s opening theme song “Katachi” by Riko Azuna and announces the ending theme song “Endless Embrace” by MYTH&ROID.

The newly announced cast members are: 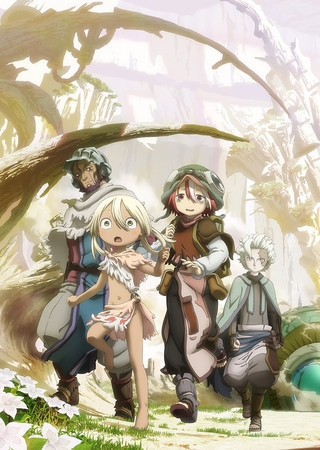 The new season will premiere in July.

Sentai Filmworks licensed the second season for release in digital and home video this year.

In the story of Made in Abyss, an enormous pit and cave system called the “Abyss” is the only unexplored place in the world. Strange and wonderful creatures reside in its depths, and it is full of precious relics that current humans are unable to make. The mysteries of the Abyss fascinate humans, and they head down to explore. The adventurers who venture into pit are known as “Cave Raiders.” A little orphan girl named Riko lives in the town of Ōrth on the edge of the Abyss. Her dream is to become a Cave Raider like her mother and solve the mysteries of the cave system. One day, Riko starts exploring the caves and discovers a robot who resembles a human boy.

Tsukushi launched the manga on Takeshobo‘s Web Comic Gamma website in 2012. Seven Seas is publishing the manga in English.