Every SPY×FAMILY manga volume cover so far features a different character sitting on a designer chair, each telling its own story. It’s a neat way of learning not just about the characters, but also the history of the mid-20th century art and design movements that inform SPY×FAMILY‘s style and setting. Here’s the lowdown of all the chairs featured on the covers so far:

Thanks to its elegant simplicity, the LC2 is now a mainstay in office lounges and other professional environments, making it the perfect chair to suit Loid’s consummate and level-headed disposition. First unveiled in 1928, this iconic design prioritizes both aesthetic and functionality. The space between the metal frame and cushions was calculated mathematically for proportional harmony, based on Le Corbusier’s in-depth studies of human posture, Fibonacci numbers, and the golden ratio.

In terms of his build, Loid is exactly the kind of person Le Corbusier had in mind for his chairs. In the 1940s, Le Corbusier created the Modulor system of measurement using the human body as the scale. This system, it should be noted, bases its entire scale around adult European male bodies, with the “standard human height” at 1.83 meters because “in English detective novels, the good-looking men, such as policemen, are always six feet tall!” Incidentally, Loid himself is around 6’1. 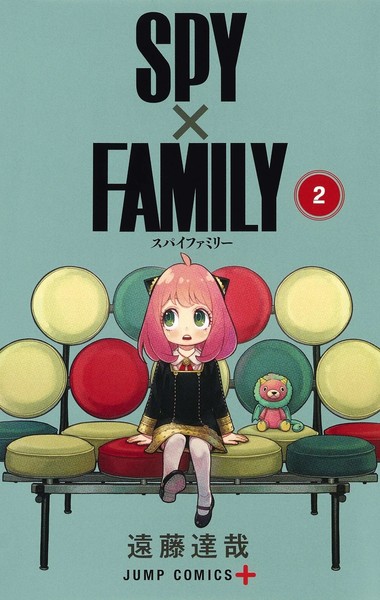 George Nelson Associates’ Marshmallow Sofa is nowadays considered an icon of modernist furniture design, despite the fact that only 186 sofas were made between 1956 and 1961, when the original line was discontinued. It was created to demonstrate a practical use for the newly invented self-skinned foam cushions, but was ultimately too expensive and labor-intensive to create on a wide scale at the time.

Playful in appearance, the big appeal of the Marshmallow Sofa is that its 18 cushions can be easily swapped out for cleaning and customizing. This flexibility can result in colorful displays, like the one featured in SPY×FAMILY, and it’s why the sofa was later considered part of the pop art movement. It’s a good match for the cute and endlessly curious Anya, who is always stumbling across strange things in her everyday life thanks to her telepathic powers. 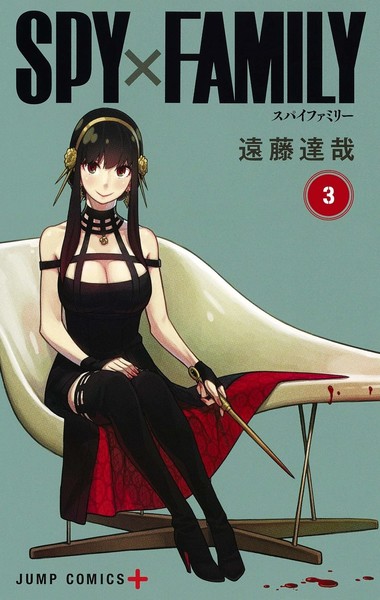 The product of a married couple’s work, Charles and Ray Eames’s La Chaise is an intriguing choice to represent Yor. It was developed for the Musuem of Modern Arts’ international Low-Cost Furniture design competition, but didn’t win because it was considered too “specialized in use.” It did, however, gain a reputation for its “striking, good-looking and inventive” design, and was eventually put into production in the 1990s, almost half a decade after it was originally conceived.

Much like the chair she sits on, Yor is a specialist. She is elegant and stylish, but has difficulty fitting in with regular society because her job as an assassin is all she knows. Artistically, her black and red garb forms a striking contrast with the chair’s white composition, highlighting the duality of her character. It’s also worth noting that the chair’s name is a reference to Gaston Lachaise’s Floating Figure sculpture, which celebrated the diversity of womanhood. Yor’s relationship with her femininity is key to her internal conflict, as she tries to exemplify the “good wife, wise mother” ideal while juggling her job as an assassin. 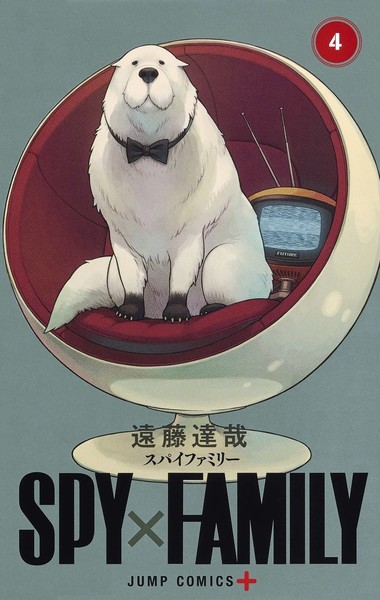 With its futuristic-looking design, Eero Aarnio’s Ball Chair is a familiar sight to film lovers. It’s often conflated with the Ovalia Egg Chair (designed by Henrik Thor-Larsen), which famously appeared in Men in Black, because of the similarities in shape and function. Regardless, thanks to cultural osmosis, one glance at a Ball Chair is enough to evoke the image of a retro-futuristic setting or a classy supervillain.

Tatsuya Endō was almost certainly drawing upon this visual grammar by depicting the family dog Bond in a Ball Chair. Notably, the chair was first unveiled in 1963, and Endō’s inclusion of a 1960s-era television set on the cover reinforces the period feeling, making it an amusing riff on the Sean Connery era of James Bond films much like the rest of the manga. This Bond, however, is just a lovable mutt with a bow tie. And of course a dog would sit in a Ball Chair—dogs love playing with balls! It all makes too much sense. 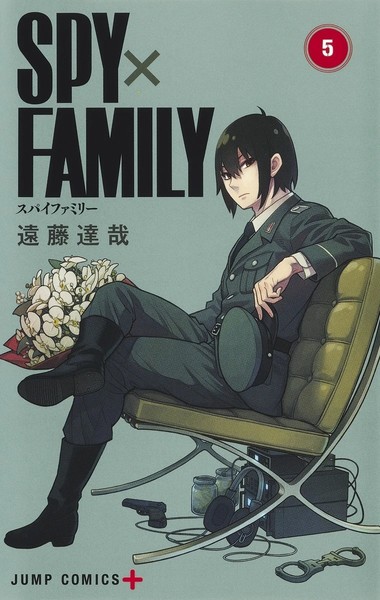 Ludwig Mies van der Rohe and Lilly Reich’s Barcelona Chair is another iconic sight in films and popular culture, prompting Endō to comment: “It’s a clichéd choice, although admittedly the previous volumes were clichéd too.”

In this case, the Barcelona Chair is effective visual shorthand for a posh and refined individual. The original design draws inspiration from Roman Curule seats. These were foldable and transportable, allowing historical officials to maintain a powerful and dignified aura even in their travels. This lofty symbol has carried over to subsequent European civilizations, and it’s also worth noting that the Barcelona Chair was originally designed in 1929 for Spanish royalty. Here, it’s used mainly to indicate that Yuri is a bit up himself (in a likable way, of course!). 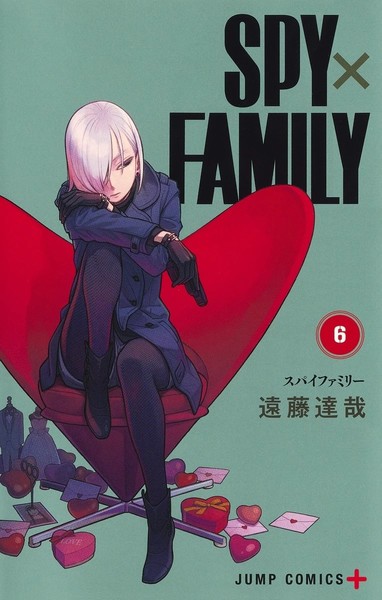 The implications about Fiona’s role in the story as a secondary love interest are clear from a glance: the chair enveloping her is literally shaped like a love heart. The cover also highlights the juxtaposition between Fiona’s cold professionalism (evident in her posture and the cool color palette in her design) and her maiden heart.

This contradiction lies at the heart of the Heart Cone chair’s appeal. Verner Panton presented the chair in 1959 as a way of inspiring people to use bright colors and their imagination as an alternative to what he called the “dreary, grey-beige conformity” standard in homes and office environments at the time. It was a follow-up to the Cone chair, which was reportedly so aesthetically appealing that it caused traffic problems in New York from drivers slowing down to gawk at it. Both chairs ultimately represent a reinvention of oneself, implying a coexistence between aesthetic and seriousness. 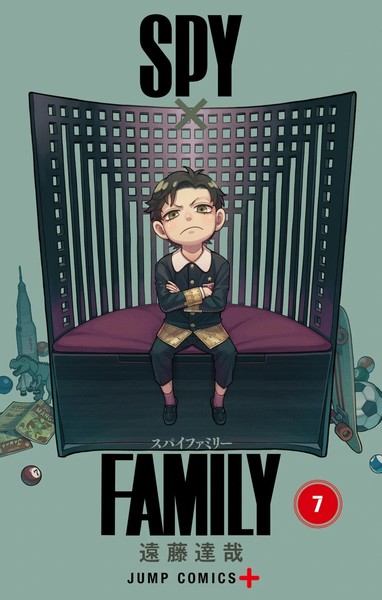 Charles Rennie Mackintosh created the Willow Chair as part of an entire interior set: the Willow Tearooms in Glasgow, which opened in 1903. As a result, it’s a chair that’s designed to complement the other features and furniture in the rooms. The Willow Chair is the best-known single piece, featuring latticework and a curved back in the form of a stylized tree. It was meant to be used by the tea room’s supervisor and has a throne-like presence, much like Damian’s image of himself.

The chair is also quite large, which Endō evidently saw as a good contrast for a short kid when he commented: “I worried for a while about which chair to choose, but I felt that the contrast between the large, stylish Willow Chair and a snotty kid would be neat.” 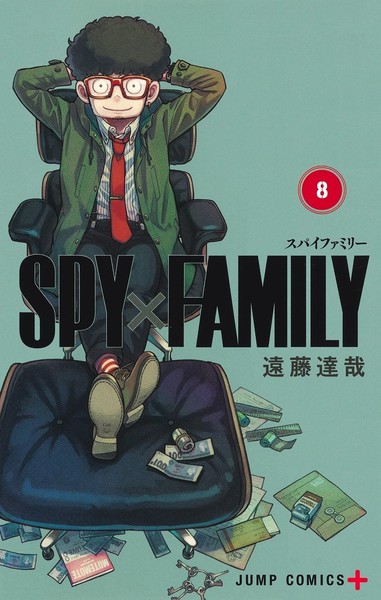 Designed by the same couple who developed Yor’s La Chaise, Charles and Ray Eames created their Eames Lounge Chair in 1956 with “the warm, receptive look of a well-used first baseman’s mitt” in mind. It’s a good way of summing up Franky’s role in the story as a reliable information broker.

Although it was a created as a designer item for the high-end market, the lounge chair incorporates the functional elements that the Eames duo is best known for: it has standardized parts, making it relatively easy to mass-produce, and uses inexpensive plywood for its base (covered with a veneer of rosewood to give it that lavish look). Right from the start, it was marketed as a piece of furniture that could fit in anywhere, from Victorian parlors to American Gothic-style houses to open fields of hay. 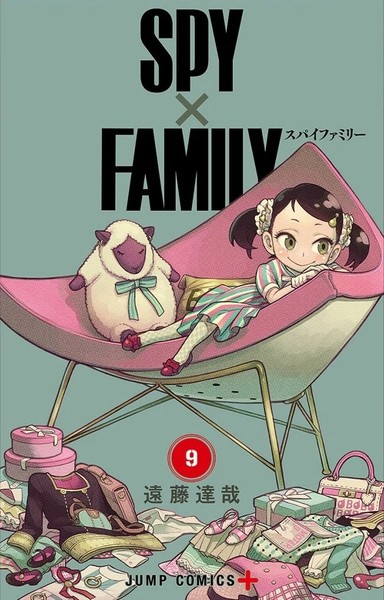 George Nelson’s Coconut Lounge Chair is aptly named: it resembles a 1/8 slice of a coconut. Despite its seeming simplicity, it is a chair that oozes creativity. Nelson, who believed in designing chairs in response to social change, was likely influenced by the space fever of the 1950s and the designs of early satellites like the Sputnik 1. You’re not just looking at a coconut—you’re looking at the budding potential of humankind.

On a more prosaic level, the appeal of the chair is that it does not have clearly defined backrest and armrests; thus, the user can assume any position they like. Being a small child, Becky has even more freedom to sit how she likes, and she even has room for her plush doll. She does not just sit on this chair; she owns it. This is probably my favorite cover overall because of how Endō creatively reinterprets the function of this chair. I will probably not look at it the same way after this.