GKIDS announced on Monday that it and Shout! Factory will release the anime film of Shogo Sugitani‘s Pompo: The Cinéphile (Eiga Daisuki Pompo-san) manga digitally on June 28 and in a Blu-ray Disc/DVD combo on July 12. The company screened an English dub trailer: 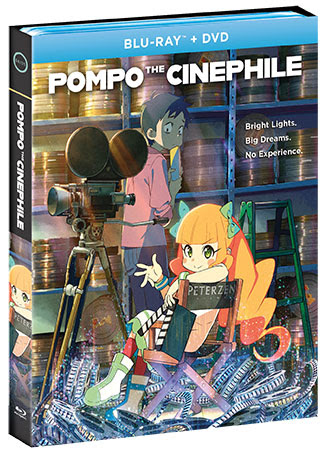 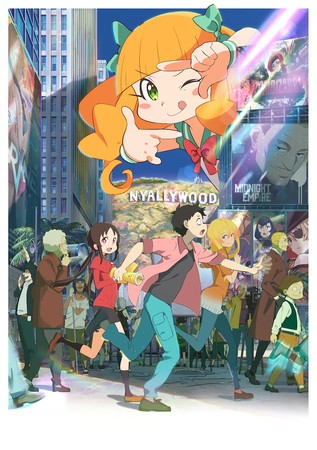 GKIDS began screening the film in the U.S. on April 29 in select theaters with a special fan preview screening on April 27-28. The movie is screening in Japanese with English subtitles and an English dub.

If you’re reading this, chances are you like movies. You’ll feel right at home with Pompo, the talented and gutsy producer whose love of cinema is unflinching and unapologetic. One day, Pompo turns her uncanny eye for talent to her movie-loving but apprehensive assistant Gene, selecting him to make his directorial debut with her latest script. But Gene has his work cut out for him with a young starlet looking for her first big break and a legendary, aging, Brando-like superstar in front of the camera. It’s not an action movie, but Pompo’s breakneck pace combined with the high stakes of creative fulfillment pack in as much excitement as standard superhero fare. Add to that a slew of insider movie references and countless winks and nods to the filmmaking process, this hilarious and heartful dramedy has what it takes to fulfill even your wildest celluloid dreams.

Sugitani, who also goes by the pen name Ningen Plamo (“Human Plastic Model”), began posting the manga on the pixiv website in April 2017. Positive word-of-mouth on social networking sites and elsewhere has since led to over 500,000 views of the manga. The manga was nominated for the 11th Manga Taisho awards in 2018. Sugitani launched a spinoff manga titled Fran: The Cinéphile (Eiga Daisuki Fran-chan NYALLYWOOD STUDIOS SERIES) on the pixiv Comic website in July 2018.