Crunchyroll revealed on Friday the premieres and casts for the English dubs for the Aoashi and AMAIM Warrior at the Borderline anime.

The company will begin streaming the English dub for the television anime of Yūgo Kobayashi‘s Aoashi manga on Saturday at 5:00 p.m. EDT.

Shawn Gann is directing the English dub with assistants Emi Lo and Marcus Stimac. Paul Cline is the lead ADR engineer, and Ian Emerson and Noah Whitehead are the assistant engineers. Leah Clark is writing the script, and Bonny Clinkenbeard is supervising. Ry McKeand is handling ADR prep. Matt Grounds is the mix engineer.

The anime premiered on the NHK Educational channel on April 9. 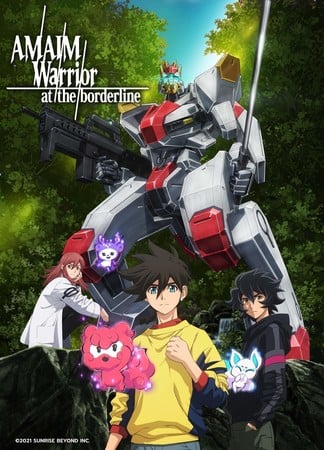 Crunchyroll will begin streaming the English dub for Bandai Spirits and Sunrise Beyond‘s (formerly Xebec) collaborative project AMAIM Warrior at the Borderline (Kyōkai Senki) on April 25 at 5:00 p.m. EDT. The first episode of the anime’s first part will premiere that day.

Griffin Puatu is directing the English dub and writing the script. Stephanie Sheh is producing it and serving as casting director. Heather Gonzalez is the ADR supervisor and casting assistant. Sebastian Franco is the ADR engineer, and Shaun Cromwell is the mixing engineer. Clark Cheng is the production assistant.