Started airing in the spring of the year 2004, Monster is a Japanese animated series that released its episodes from April 7, 2004, to September 28, 2005. It has a 0% filler composition, which ended after a whole seventy-four (74) episodes all in all. Twenty-four (24) episodes were identified as manga canon which composes 32% of the total episodes while the rest are unknown.

Before anything else, we should not go into the depths of Monster without having an idea of what it is and what is expected to happen in the story. Apparently, Monster is a mysterious and suspenseful drama anime which tells the story of a surgeon who saved a little boy who eventually caused a dilemma in their area. This was because of excessive killing incidents which the little boy he saved long ago was involved in, based on evidence. *scary and eerie*

So now, we finally have a little idea on the synopsis of the story. It’s time to get into  real business! *Are you ready? Coz I was ever since the beginning of this blog! *Just kidding* Brace yourselves as we get deeper into the arcs, the plot, and events in the story *I’ll try to avoid spilling some spoilers*. This is your Monster Filler Guide. Lezzgooo!

HOW TO WATCH MONSTER WITHOUT FILLERS

The anime, Monster, has a total of 74 episodes all in all. Starting from Episode 1 then ending on Episode 24, the manga canon episodes never stop. Obviously, because the anime does not consist of any filler episodes as stated.

We did not list out the full 74 episodes, but as a guide, we listed out the 24 manga canon episodes, with title and airing date for your convenience as it is unknown if the rest of the episodes are canon or not.. *wink* 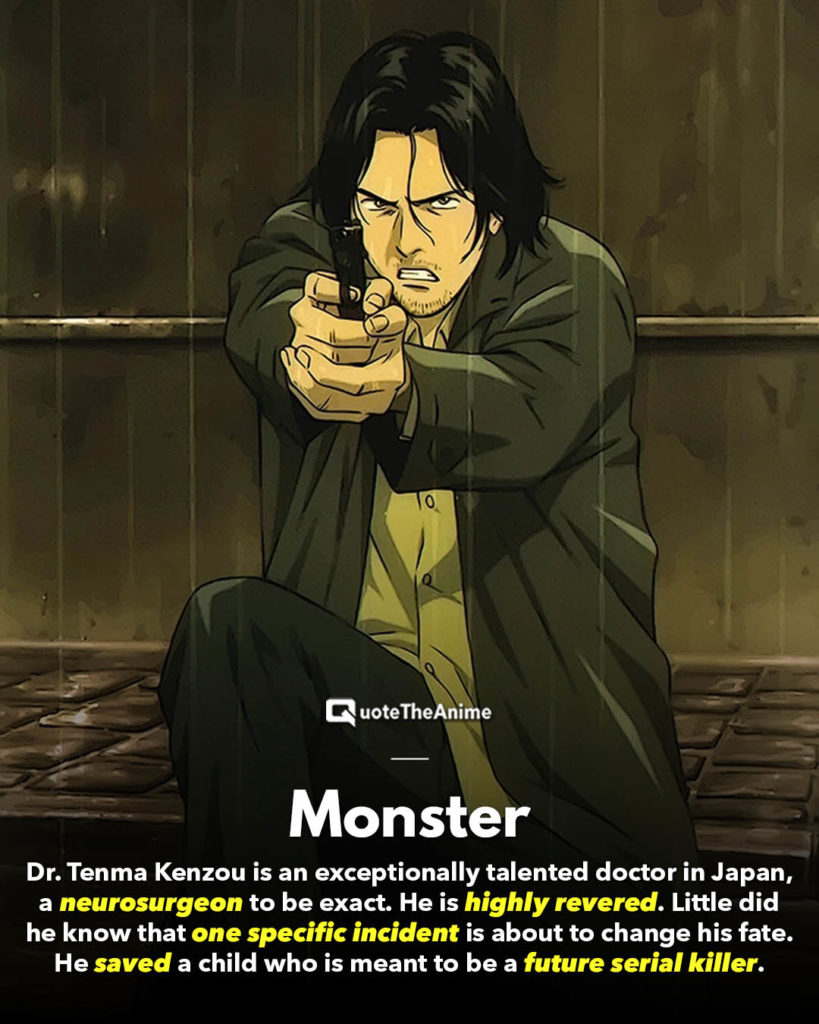 Monster is the perfect anime series for those enthusiasts who are into films or shows with a dark theme or with a touch of mystery, drama, and suspense for a bit of excitement. Monster is a one-stop anime for those who always seek for an adventure and at the same time, chills.

The writer of Monster is none other than Naoki Urasawa. Of course, it was published by Shogakukan on June 21, 2002, before it was adapted into the popular anime television series that was enjoyed and is being enjoyed by anime enthusiasts up until now. The anime was produced by VAP, Shogakukan-Shueisha Productions, and Nippon Television Network. It is rated R+ and each episode runs for 24 minutes.

Monster revolves around the main character of the animated series who is a surgeon by profession. He is Dr. Tenma Kenzou, an exceptionally talented doctor in Japan, a neurosurgeon to be specific. His talent and skills in his own field reached the continent of Europe. As he is also being praised in Germany. Dr. Tenma Kenzou is set to marry the daughter of the director of the hospital he is working for. From that, he is also set to inherit the hospital’s hierarchy. 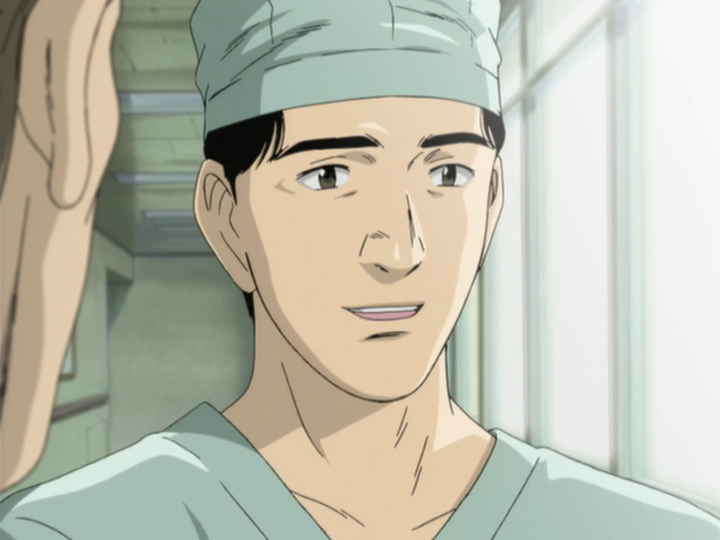 He is a just and fair doctor, driven by an incident that made him believe that everybody, regardless of social status, are equal in the eyes of medicine and have equal rights to be treated fairly.

He was once told to perform a brain surgery to save the life of a popular performer in the country. As expected, he performed the surgery very well and saved the life of the famous personality. His work was commended by his fiancée, his colleagues, the director himself, and the whole hospital staff.

Despite his success, Dr. Kenou’s conscience was haunted by  the death of the immigrant worker who was put away to prioritize the famous performer. This made Dr. Kenou reassess his values as a doctor and promised to prioritize the ones who need him more despite their social status. 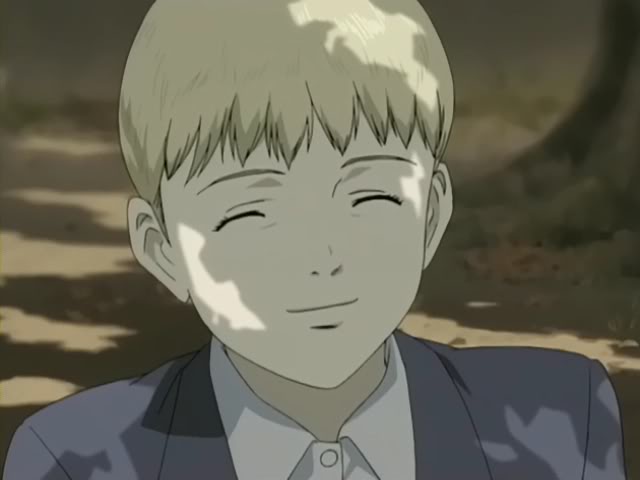 One specific incident is about to change Dr. Tenma Kenou’s fate when he encounters a familiar dilemma. He was once again told by the hospital director to prioritize performing surgery on the mayor of their land and set aside a little boy who also needed an emergency surgery.

The little boy named Johan Liebert was apparently shot in an incident that cost both his parent’s lives. He was delivered in the hospital before the mayor arrived, however, because the mayor is an important figure, the director told Dr. Kenou to prioritize him.

Staying true to his sworn duty, Dr. Kenou decided to stand his ground and perform the surgery on the little boy. He was successful of course, however, this had a major effect on his status as a doctor, specifically in the hospital he was working in. His status as the next director of the hospital was apparently removed because of that specific moment that he refused to prioritize the mayor. 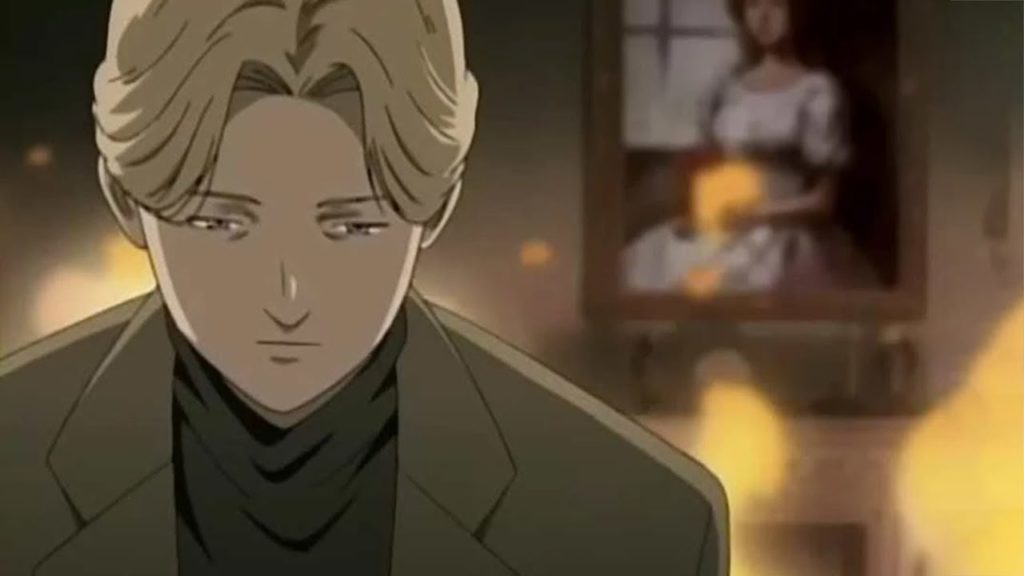 After a few days of the surgery, the little boy mysteriously disappeared, which was followed by the equally mysterious death of two doctors from the hospital as well as the director himself. This turn of events left the hospital with no choice but to replace the director with Dr. Tenma Konou because there were no other suitable candidates.

There wasn’t enough evidence to put the blame on Dr. Kenou, that is why he was released, and he restored his status now as the new hospital director. However, through a series of investigations, the evidence slowly points the blame to the little boy Dr. Kenou operated on.

Several years later, roughly nine years after he performed the operation on the little boy, he once again encountered the monster he saved. Without knowing the consequences and by following his sworn value, he unintentionally set a monster out of its cage and caused an unchangeable series of events that requires him to take on a journey of taking responsibility for his mistakes and to find the truth.

Monster has the right amount of mystery, subtle drama, and adequate suspense that would surely keep you from staying on your seat. That is how Monster is a top anime that can be recommended to any anime fan. If you are looking for something that can pass as your new favorite, well, Monster is worth trying and it is surely a masterpiece. Also, bear in mind that the anime has no fillers and is mainly canon with 74 episodes all in all. If you happen to go through with this recommendation, Monster is set to be your newest addiction.