Deadman Wonderland is one of the most fast-paced action anime series (drooling). Can you guys believe that this anime was released back in 2011? If you look at its stunning animation, you’d think it came out in 2020. This time, I’ll be talking about Deadman Wonderland’s Filler List. Are you guys ready? Let’s start!

Deadman Wonderland is originally a manga series written by Jinsei Kataoka and illustrated by Kazuma Kondou. The manga was adapted into an anime and it was released between April 2011 and July 2011. The first 21 chapters of the manga were animated into 12 episodes in total. 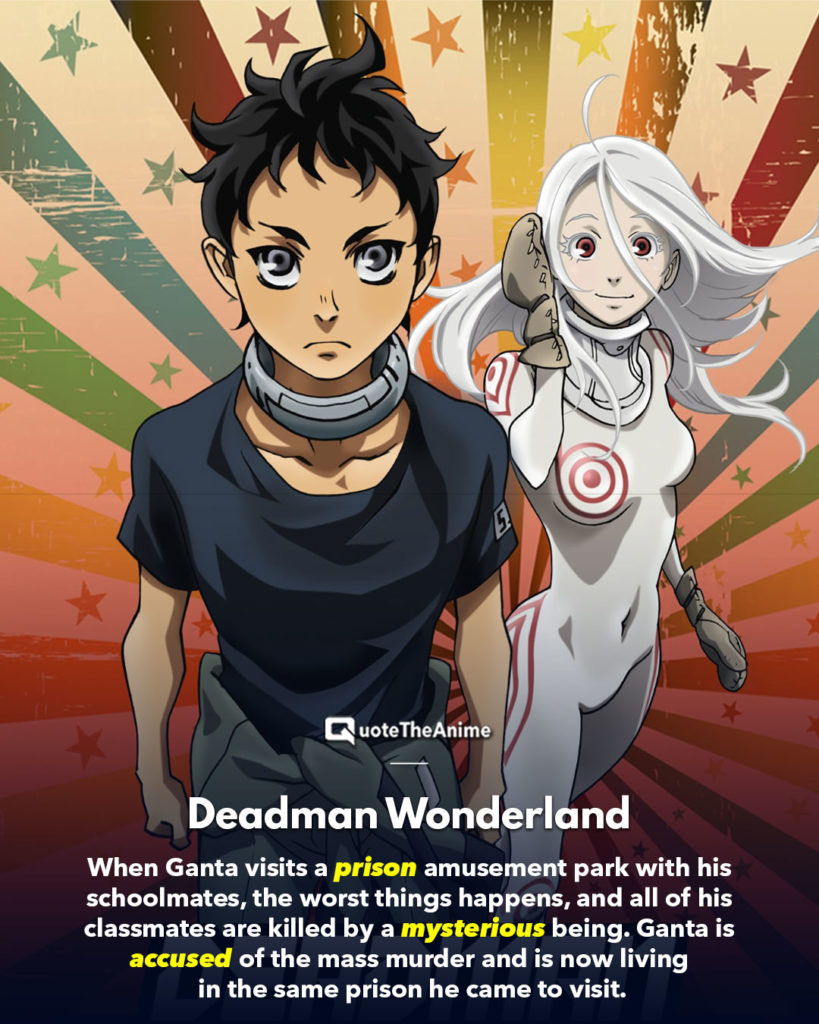 Deadman Wonderland introduces us to Ganta Igarashi who was the sole survivor of the mass murder of his classmates. His classmates were slaughtered by a strange and mysterious “Red Man” right before his eyes. Now, everyone accused Ganta of murdering his whole class as he was the only survivor. As a result, Ganta was sentenced to death.

He’s thrown into jail and his inmates are nothing but sadists. Now, he must survive the brutality in jail and also uncover the truth behind the mass murder of his classmates. 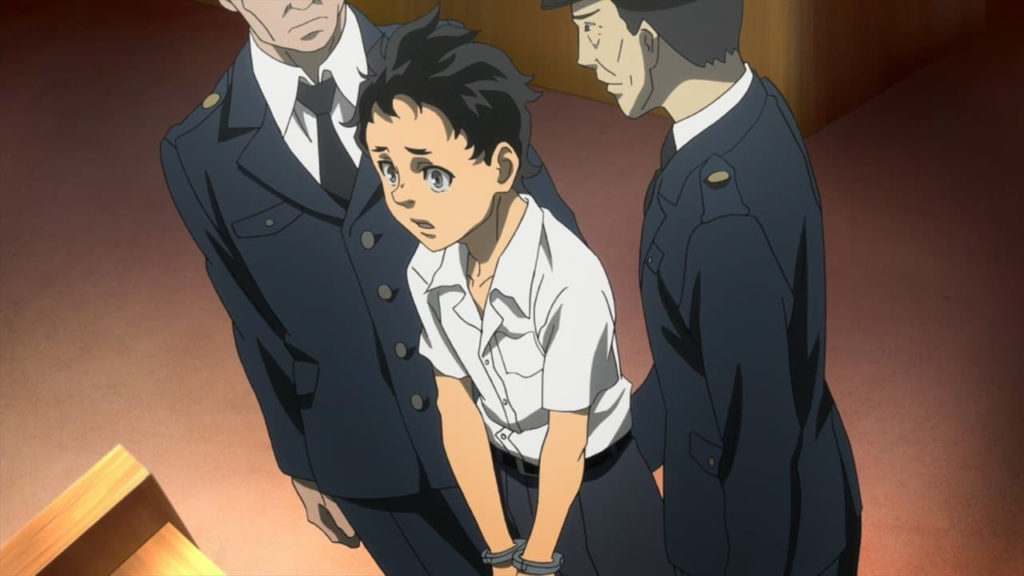 Episode 1 opens with Ganta and his class-fellows going to an amusement park named “Deadman Wonderland”. That amusement park also served as a prison. As they’re having fun in the park, they come across a very strange-looking “Red Man” that slaughters Ganta’s whole class. He leaves Ganta and pushes something inside Ganta’s chest.

Ganta is accused of the massacre and is thrown inside the Deadman Wonderland Prison. There, he meets a girl named Shiro who has white hair and understands what’s going on inside his heart. When a number of bullies start picking on both of them, he ends up activating certain powers that let him manipulate his blood. 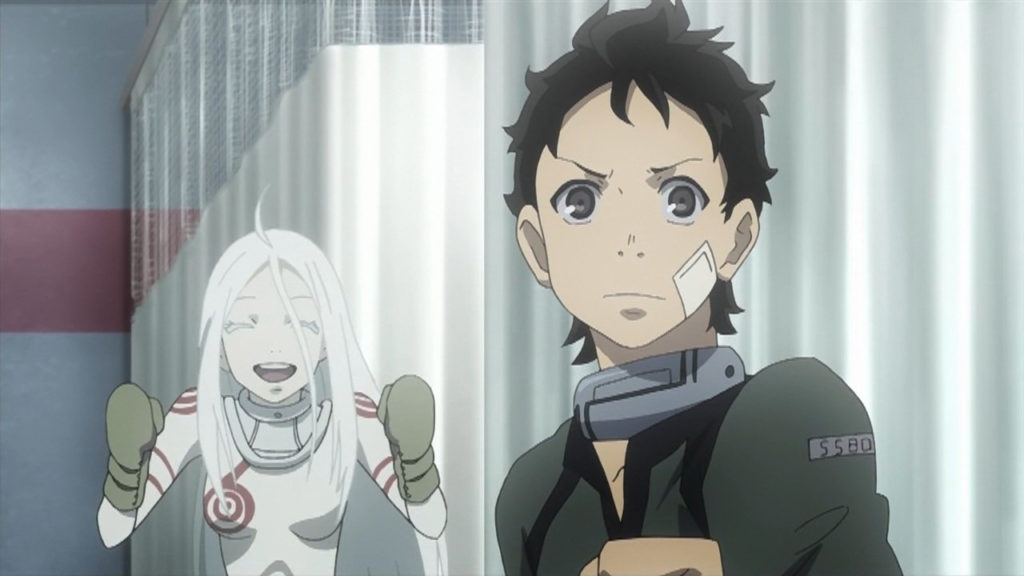 Ganta decides to take part in the “Dog Race” that will let him buy an antidote in order to save himself from getting poisoned. Shiro joins him. They learn that the ground where they’re supposed to play the game is full of death traps. However, they somehow get through it. 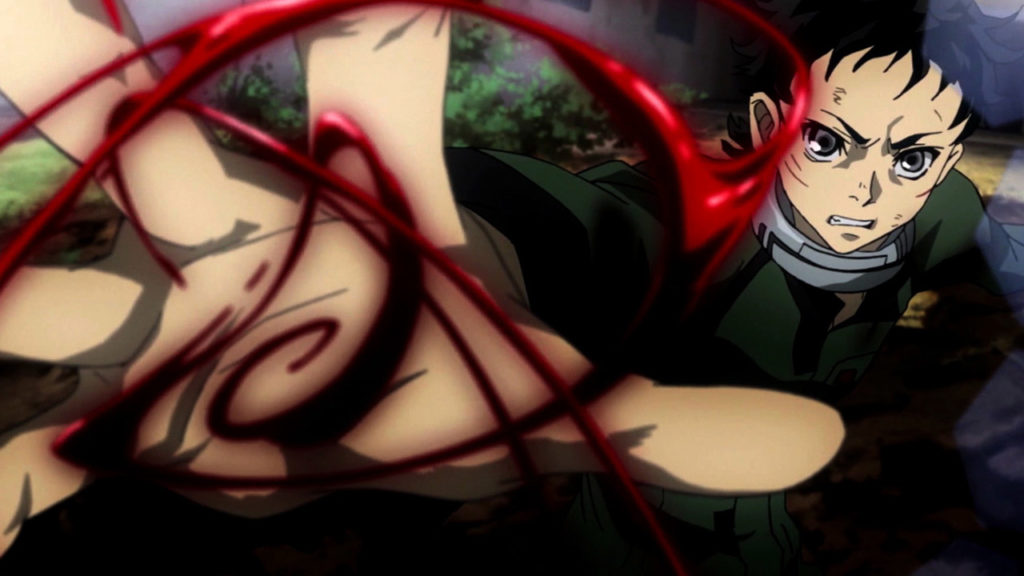 In this episode, we get to see the Red Man again. He’s known as the “Wretched Egg” now. He comes before Ganta and Ganta tries to attack him. The Wretched Egg runs away, leaving Ganta unconscious. When he wakes up, he learns that the Wretched Egg is kept in the G-Block. He decides to go there along with Shiro. 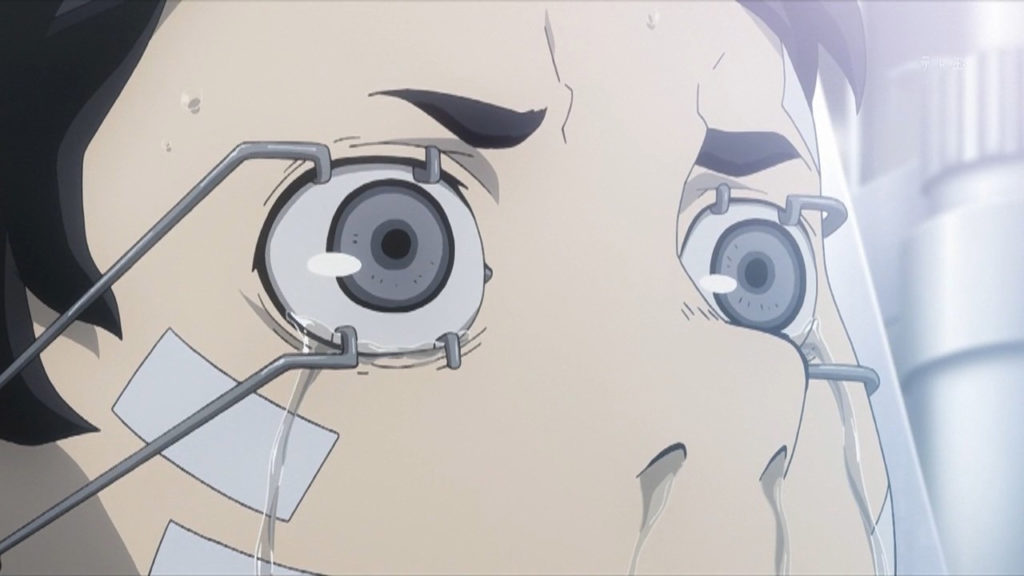 Ganta gets into a fight with a mysterious inmate named Senji Kiyomasa. According to Ganta’s senses, Senji is the Red Man. But soon, he realizes that he was wrong about Senji. They’re still fighting when the special unit arrives and tranquilizes them. When Ganta wakes up, he comes across Tamaki who told him that Ganta is in the prison only because of his rigging. He also tells Ganta that he’ll be having a battle with Senji soon. 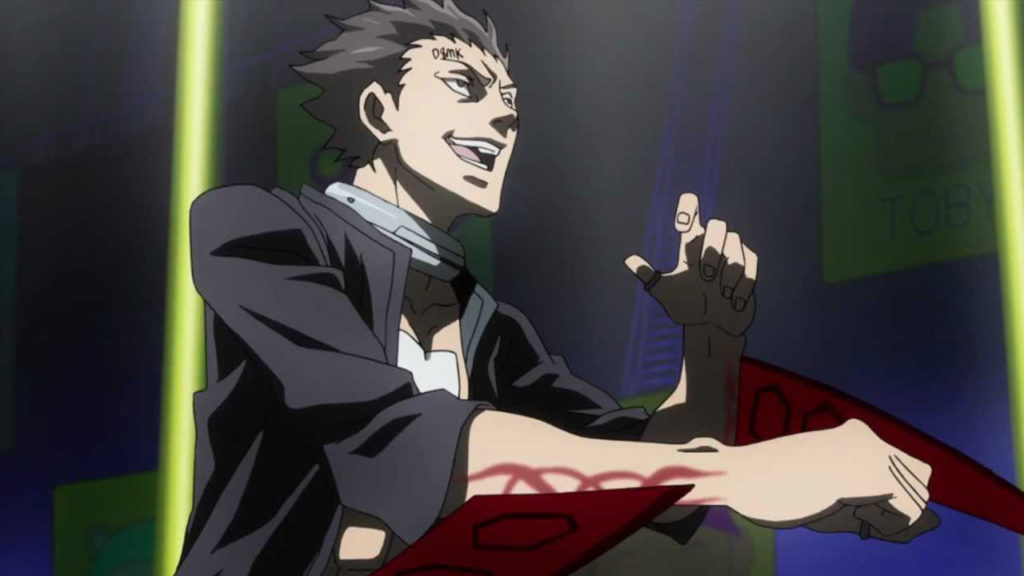 Ganta is against Senji in the Carnival Corpse. Ganta is struggling because manipulating too much of his blood is causing him to be anemic. He remembers Shiro and gives his everything, winning the match in the end. 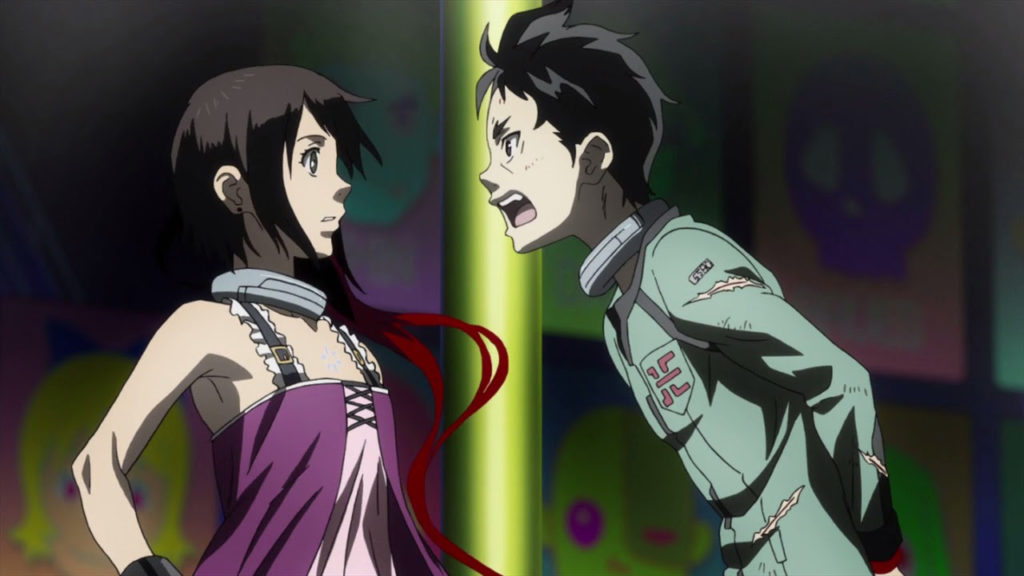 In this episode, Shiro comes across a girl named Minatsuki Tamaki who was charged with killing her father who used to abuse her. Ganta wants to help her escape but learns that she’s his next opponent in Carnival Corpse. We also have Yo with Ganta who reveals that Minatsuki is his sister. When he learns how his father died, he turns against Minatsuki. Minatsuki tries to kill Yo but Yo is saved by Ganta. Ganta wins this match as well. 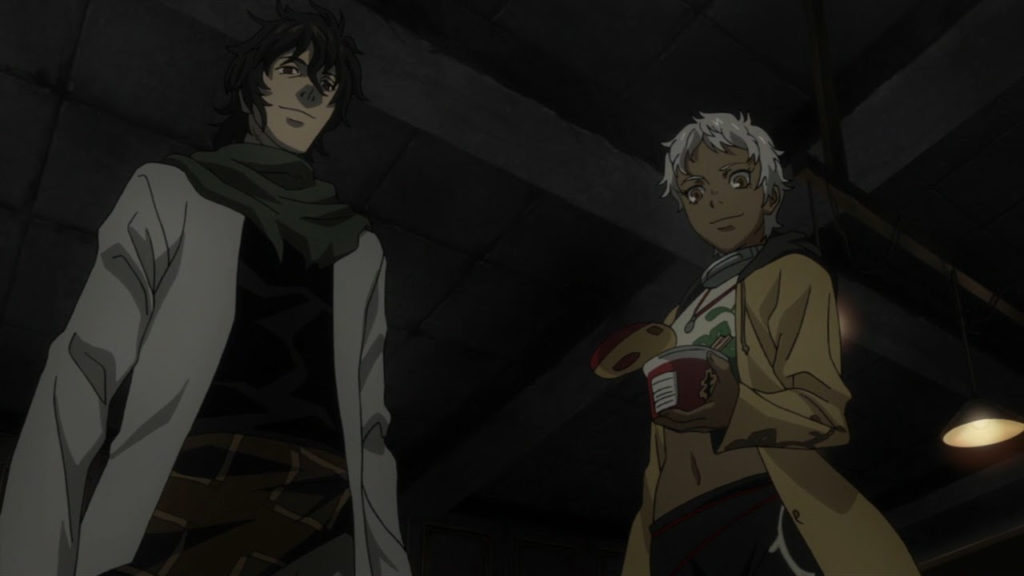 Ganta is shocked to know that Shiro is the Red Man. He meets the two members of a prison gang named Scar Chain who want to destroy the prison once and for all. They ask Ganta to join them in their cause. After that, Ganta is attacked by Genkaku. 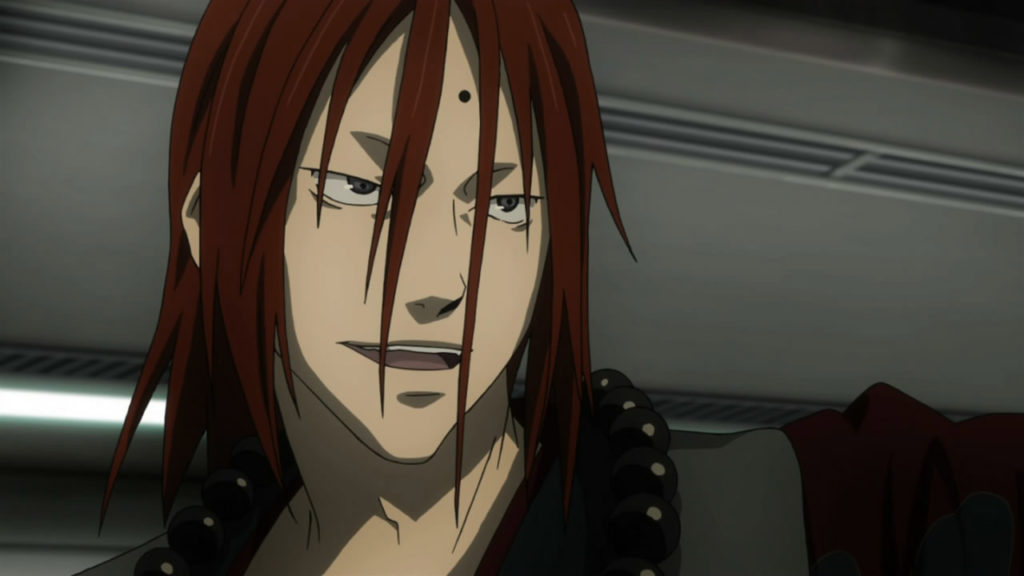 Ganta meets other people who are a part of the Scar Chain. However, he learns that all the members of Scar Chain have different ideals and beliefs, they’re not angels. Ganta still joins Scar Chain. The details about the prison start getting leaked to the outside world. 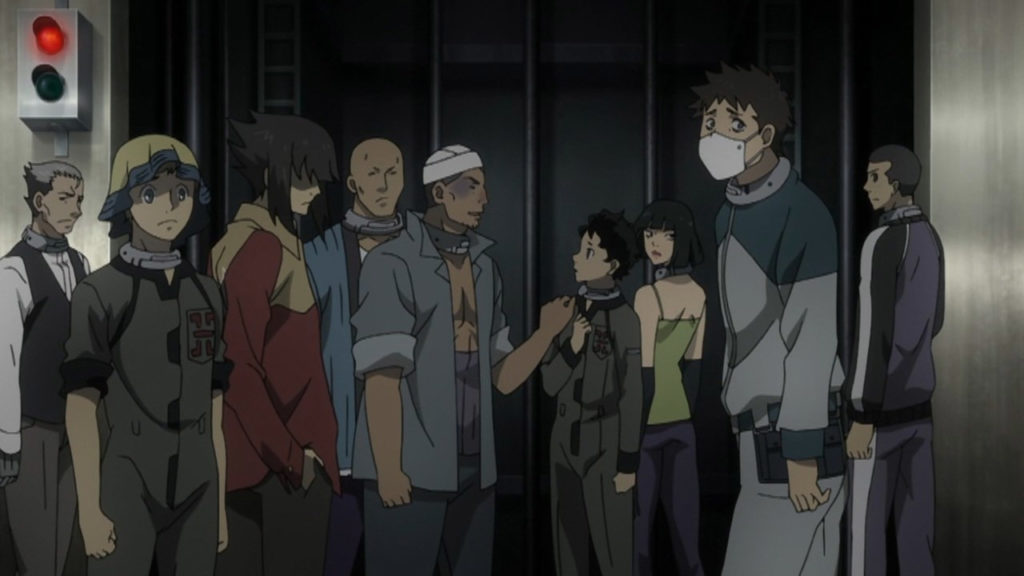 In this episode, Ganta and the other members of Scar Chain are attacked by Genkaku and his subordinates. They leave Ganta along with some of the other members to take the chip that had the information. Shiro goes after Ganta, takes the chip away from him, and throws it into the fire. 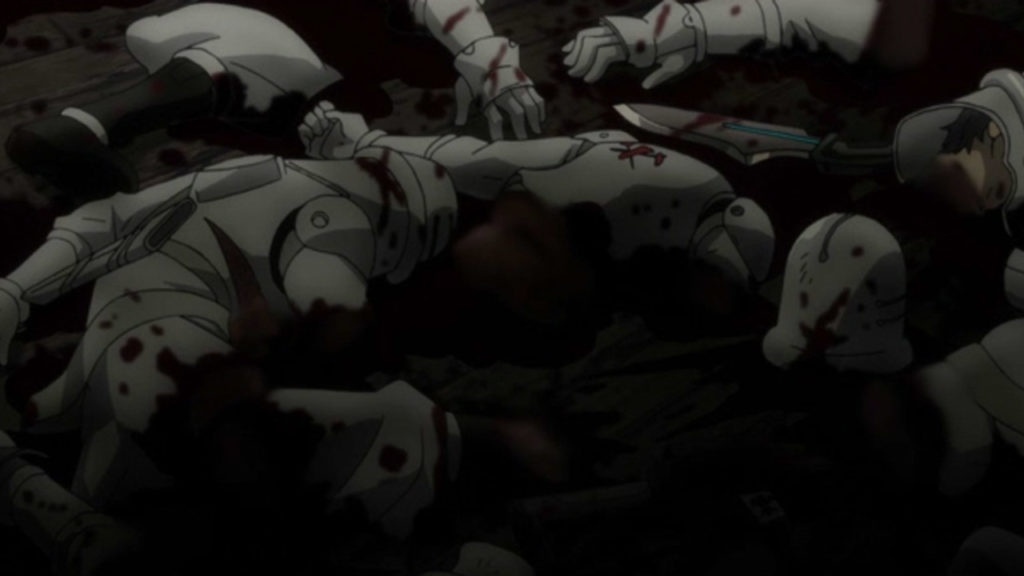 Ganta is extremely angry and disappointed at Shiro for destroying the chip. It was revealed that the chip was going to kill all the people who were near it as it was a bomb. 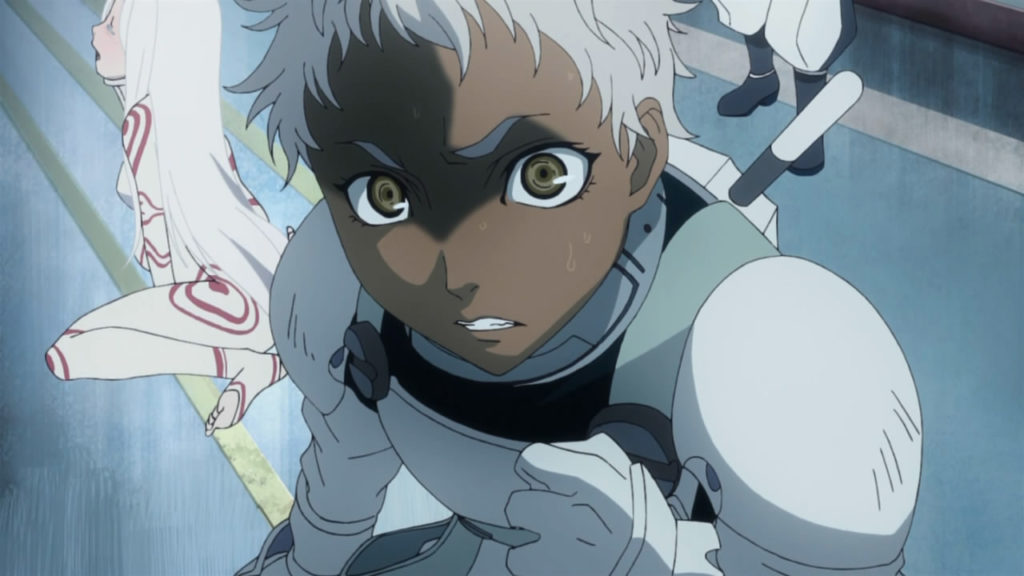 Ganta wants to learn how to use the Branch of Sin and Senji can teach him how to do that. Both of them start training. Meanwhile, Genkaku had kidnapped Karako and Shiro. Ganta runs towards Genkaku in order to save them. On his way, Nagi appears before Ganta and is now a mindless demon because of Genkaku. 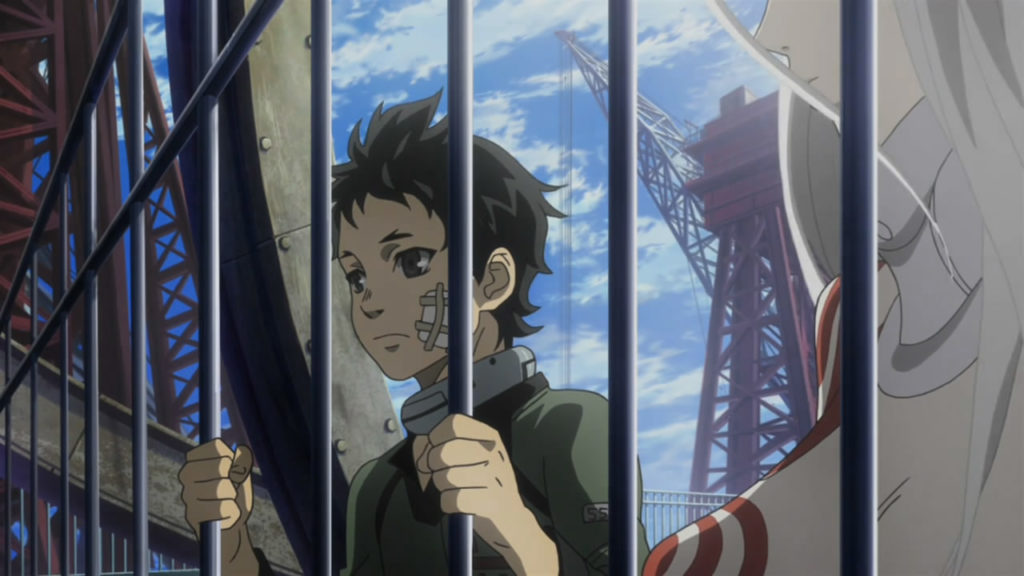 Nagi is wreaking havoc everywhere but slowly turns back to his normal self because of Karako’s bell. But Karako is stabbed by Genkaku just then. Shiro and Ganta both kill Genkaku and Nagi sacrifices himself in the process. In the end, Shiro sings a lullaby to Ganta which was exactly the same one he heard before the mass murder of his classmates. 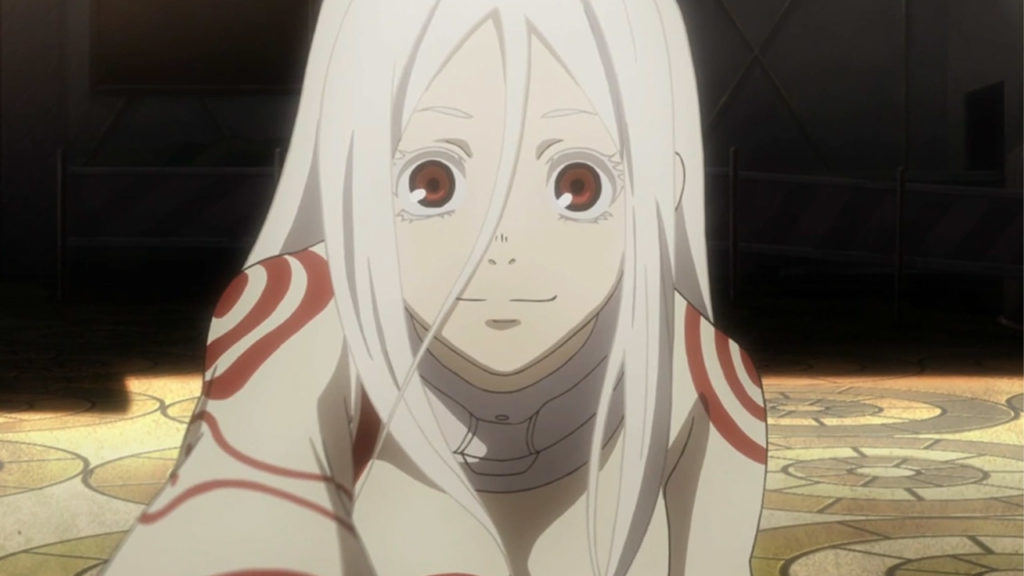 Deadman Wonderland is a really enjoyable anime with loads of blood-pumping action scenes. Episode 0 is the only one that’s a filler episode so you can enjoy the series without any annoying fillers. Did you find this list helpful? Comment down below and let us know!