Blood Blockade Battlefront, better known as Kekkai Sensen, serves us with a not-so-complex story and a very unique universe. The characters and the environment of this anime are super-enjoyable. We can’t expect less from the genius, Rie Matsumoto. She does know how to keep viewers hooked!

The animation is provided by Studio Bones so you can already tell how great it’s going to be. Anyway, we’ll be providing you guys with the Filler List of Blood Blockade Battlefront today. Are you ready? Let’s go!

Blood Blockade Battlefront has a total of 24 episodes and none of them are fillers. Check the list below for more information.

Blood Blockade Battlefront was originally a manga written and illustrated by Yasuhiro Nightow. The manga started serializing in May 2010. It ended in February 2015. An anime adaptation by Studio Bones was released in April 2015 and ended in October of the same year. It consisted of 12 episodes. A second season with 12 more episodes was released in October 2017 and ended in December of the same year. 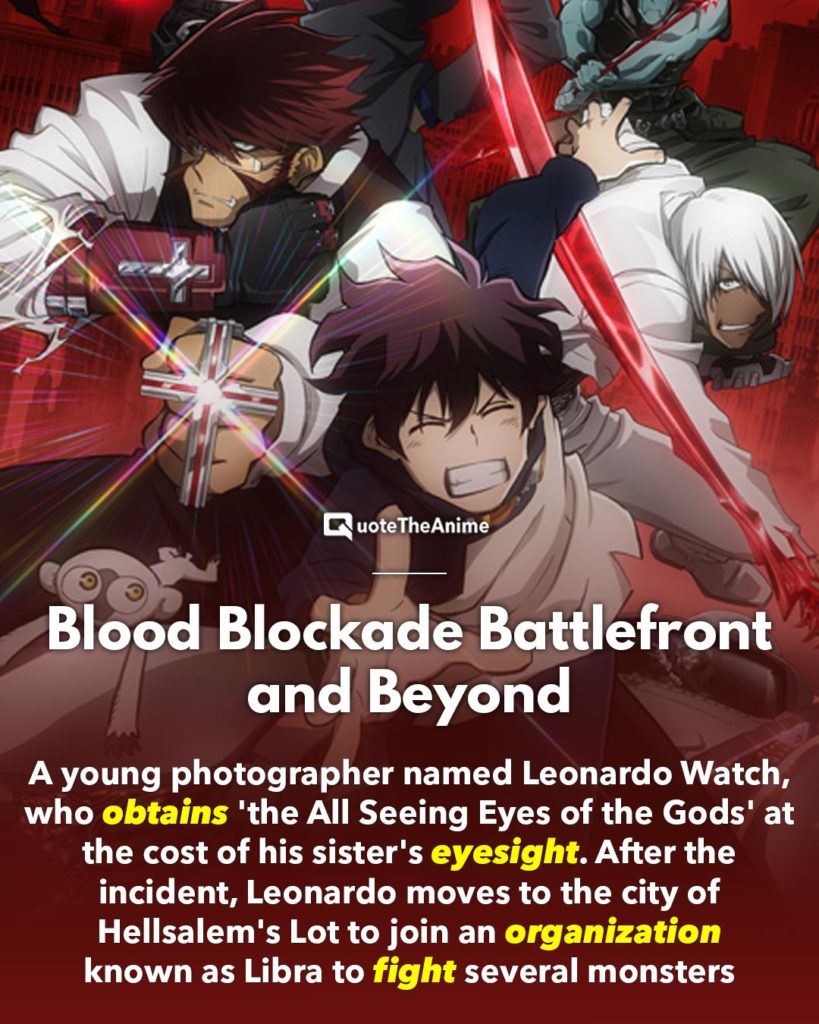 This anime introduces us to a twisted kind of New York, now known as Hellsalem’s Lot. Three years ago, a gate between the human world and the otherworld opened. That led to the attack of all sorts of supernatural beings. They started living alongside humans and the humans had to compromise. Hellsalem’s Lot was covered by a bubble in order to protect the people outside of New York from the monsters residing there.

Enter Leonardo Watch, a photographer, who had a normal family. One day, he obtains the power of the “All-seeing Eyes of the Gods”. However, his sister’s eyesight vanishes. He decides to enter Hellsalem’s

Lot in order to unveil the mystery behind the power he obtained out of nowhere. He comes across an organization named Libra. Now, Libra is an organization composed of superhumans and all sorts of weirdos who are supposed to be protecting the rest of the world from the monsters inside Hellsalem’s Lot.

Leonardo decides to join them and soon learns a lot of secrets about the organization. He has a hard time adjusting with the members of the organization but he must do so in order to get back his sister’s eyesight. 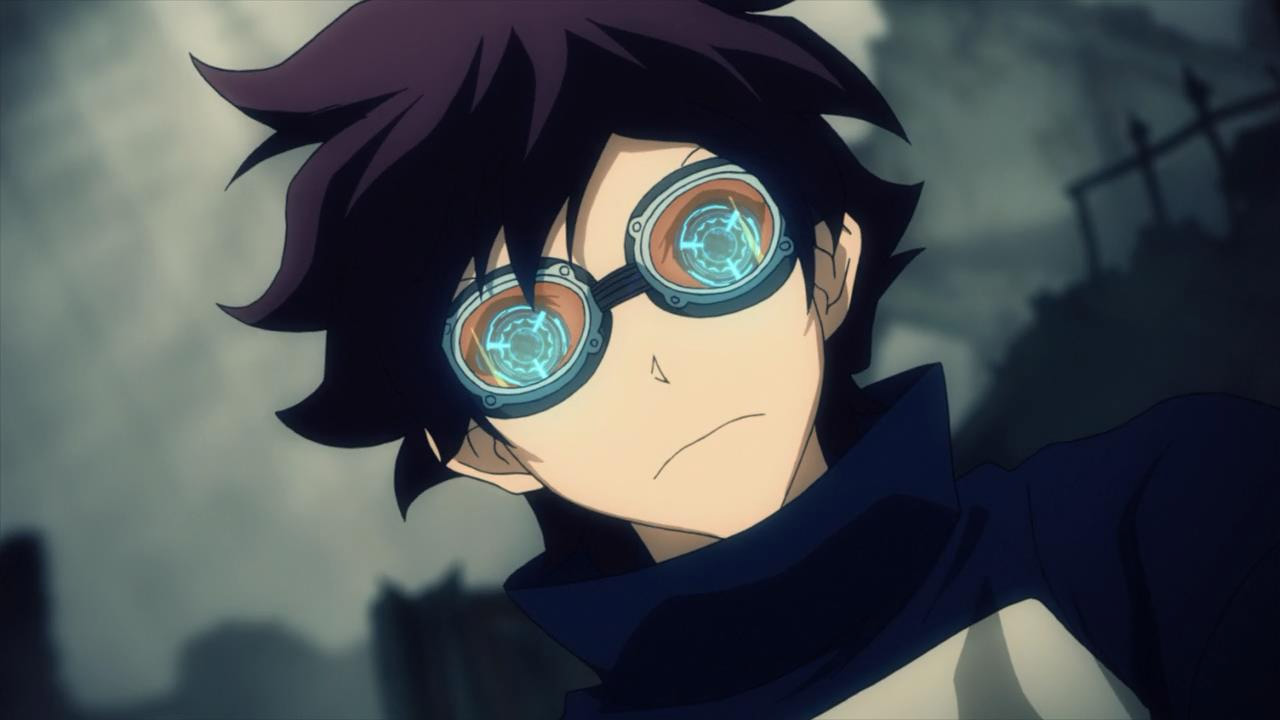 Leonardo Watch is the main protagonist of the series. He’s a normal young man with a normal family. He’s a photographer by profession. Talking about his personality, he’s very kind and caring. He supports his sister by working very hard. He also has a very friendly nature.

Initially, Leonardo used to get weirded out by the creatures present inside Hellsalem’s Lot. But he slowly got used to the situation there. He had no other choice.

Leonardo is very open about his emotions. He feels no shame in expressing them. He likes being adventurous and that excites him as well. Leonardo has little to no combat skills but he gets out of sticky situations as he’s quite smart and analyses the situation easily.

Even though he possesses the power of the “All-seeing Eyes of the Gods”, he never uses it for his own good. He’ll use other means to deal with those who try to hurt or harm him.

2. The King of Despair 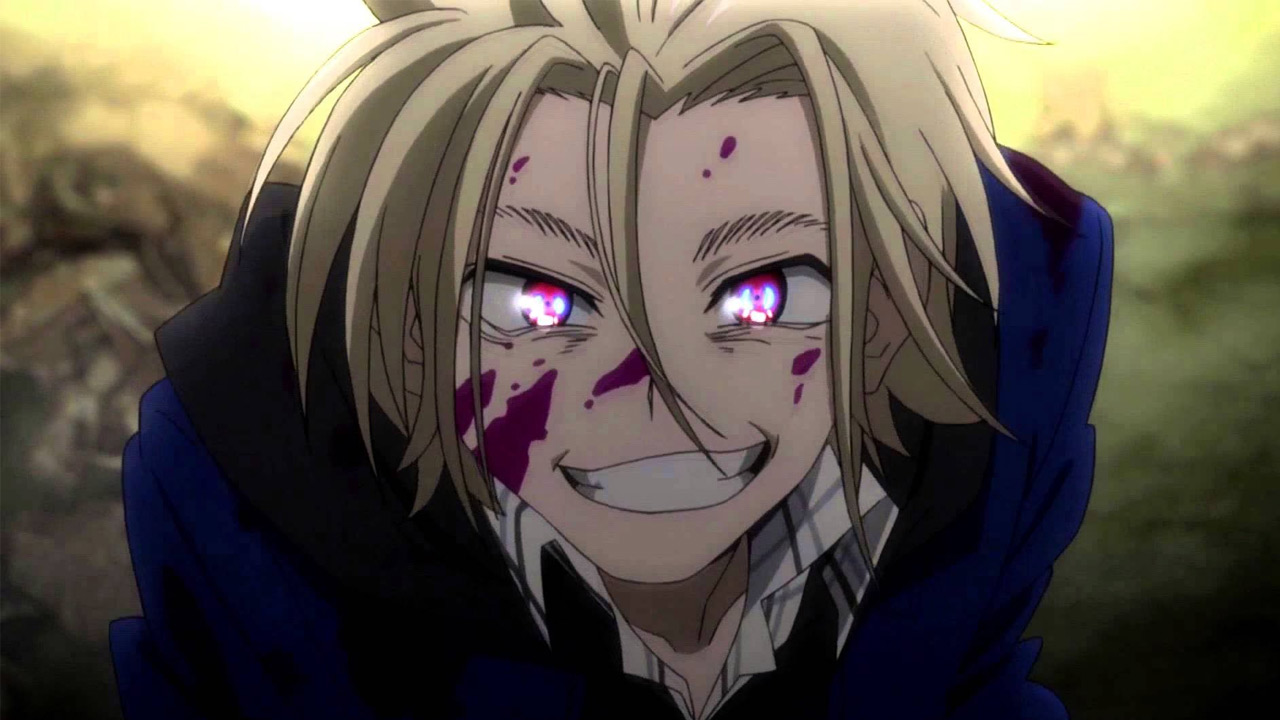 The King of Despair has a very arrogant personality. He tends to look down on others and respects no one. He’s a great manipulator and tends to play with everyone’s minds. His manipulation ends up hurting his targets. He’s basically twisted. 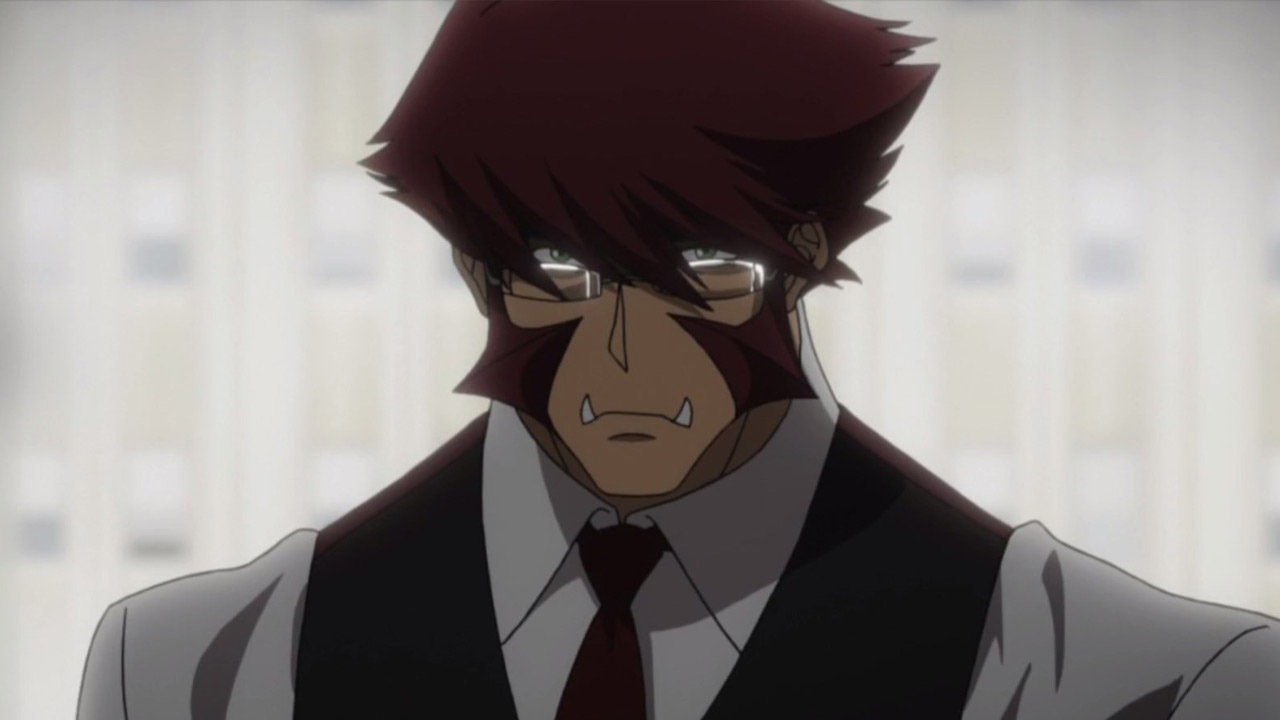 Klaus belongs to the noble family of the Reinherz. He’s also the leader of the Libra Organization. Klaus is a true gentleman, mainly because he hails from a family of nobles. He’s polite with everyone and knows how to carry himself in all kinds of situations.

He feels for others and feels like it’s his utmost duty to protect everyone. He often tends to over-work and over-stress himself because he’s always worrying about the safety of others.

Klaus loves plants and his office is full of different kinds of them. He tends to get very angry if someone damages his plants accidentally. 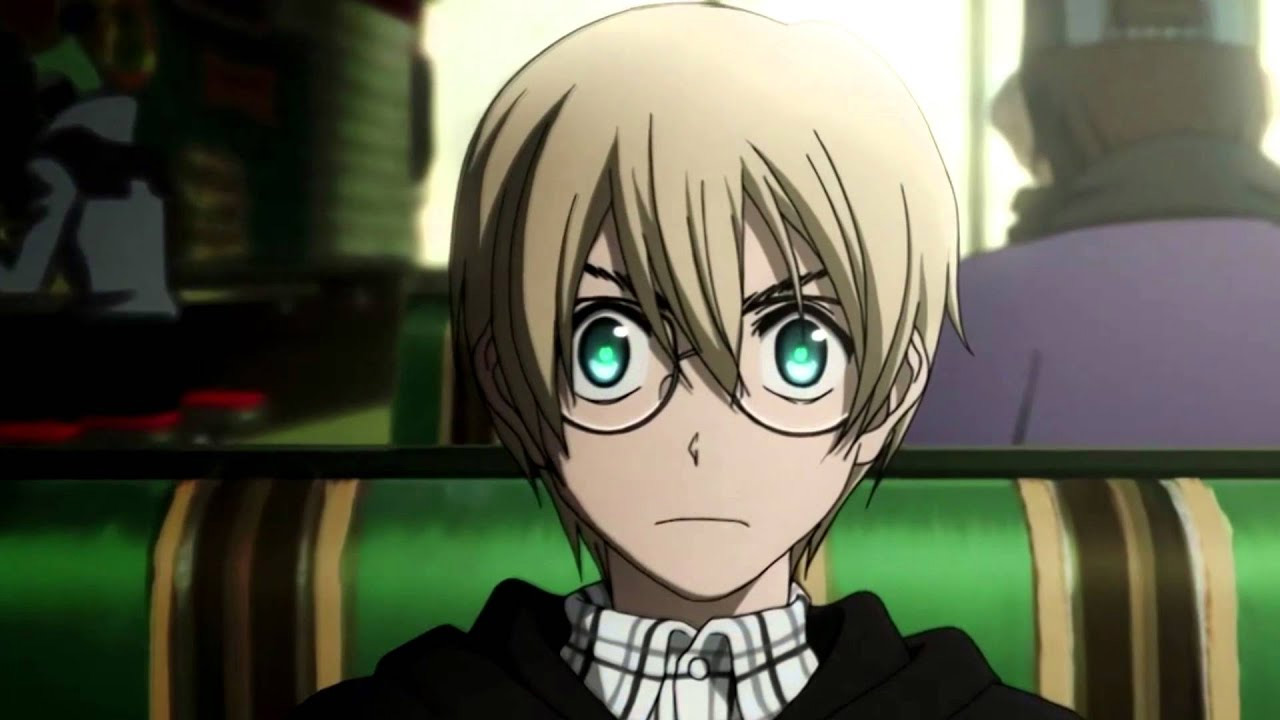 Black’s real name is William Macbeth and ever since the Great Collapse, he shares a body with The King of Despair. Black has a very sweet and caring personality. He also tends to talk a lot. However, Black has very low self-esteem just like Leonardo, making him insecure about his own skills.

Black likes spending time with Leonardo and often makes fun of him. The two have a good laugh whenever they sit together.

Black is extremely protective of White, his twin sister and will not sit still if somebody tries to harm her. He’s also a very sensitive individual and tends to cry easily. 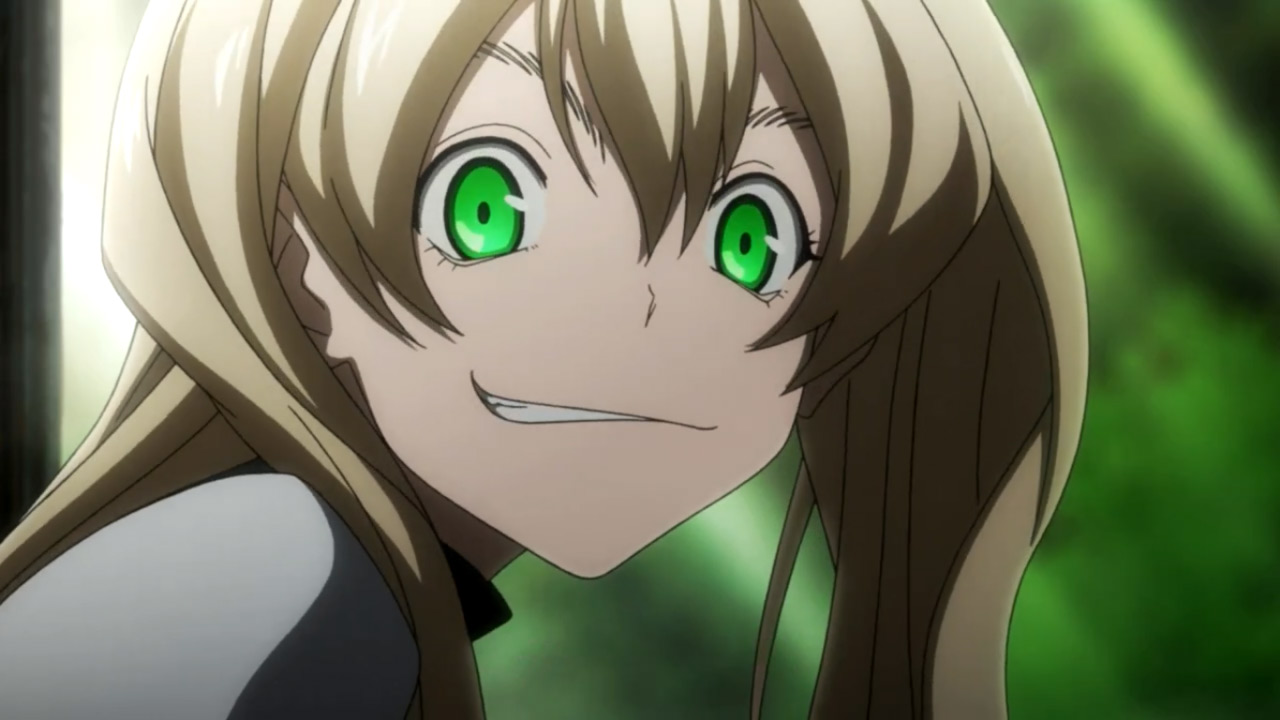 White is the younger twin sister of Black and her real name is Mary Macbeth. She claims to be a tomboy and is very stubborn. She’s quite friendly with Leonardo and gets along well with her brother, Black. She’s seen to have mood swings at various instances throughout the anime. However, she’s a very kind and caring individual just like her twin brother. 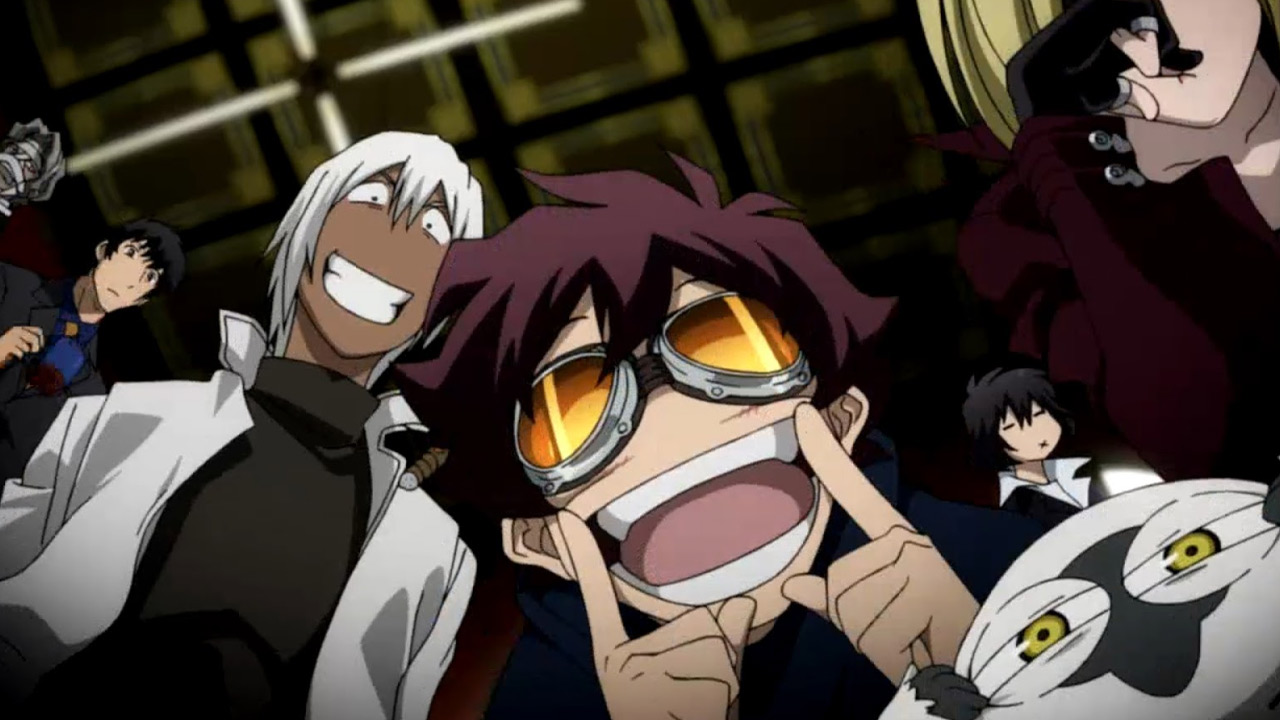 Blood Blockade Battlefront is not the kind of anime to miss. If you haven’t watched this anime yet, you definitely should. It has 0 fillers so you don’t have to worry about it. Comment down below any anime you want us to create a filler list of. We’ll come back with more of them!